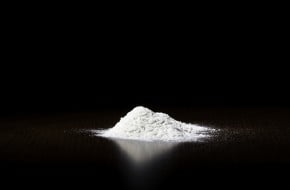 Over the years, many users reported that the cocaine they ingested had been weak and ineffective, yet cheap and easily available. This was mostly due to the fact that street dealers use cutting agents to water down the drugs, and make a bigger profit on the drugs sold. Substances like Lignocaine and Benzocaine have been used to mimic the effects of cocaine, except for the feeling of the high. In specific circles, this issue is called ‘pub dust’; cocaine with a potency level of below 10 percent.

The Metropolitan police decided to crack down on the distribution of these drugs, as Benzocaine and Lignocaine are dangerous substances that might do more danger than cocaine itself, even if it is a cheaper drug. To add to this, adding in cutting agents, will make the drugs cheaper and therefore easier to obtain. It seems that the police have been successful, as the cutting agents are much harder to come by.

However, there has been an adverse effect to the crackdown on cutting agents: the strength of cocaine has gone up – there have been reports of seized packages of cocaine with a purity of near 80 percent, compared to the single digits of the last few years. Dealers prefer to sell higher strength cocaine, at a higher rate. The rise in cocaine addiction could be attributed to that. Add to that, cocaine strength has been upped by producers around the world, to combat the competition from MDMA and other synthetic drugs.

An independent tester of drugs who examines drugs that have been seized, Allen Morgan, claims that it actually became harder to use cutting agents, and drug dealers decided to sell it as a high price commodity. ‘’This is because the process of cutting cocaine has become a risky process. The time it takes to process it, to obtain the necessary tools and the traces the drug leave behind, are all factors that drug dealers keep in mind when they decide to pick the high-risk/high-reward option of using cutting agents to increase their profits’’.

The Head of Drugs at the National Crime Agency has also spoken out on the issue: ‘’ Compared to the level of purity in 2009, the numbers have spiked up. From single-digits to a street level purity of extraordinary heights. People are ingesting something, whilst they have no clue on the strength, potency and possible fatal effects of the drug.

As expected, the numbers back this worrying trend. Compared to the year before, deaths associated with cocaine use, have seen a spike of 16 percent in 2016. This is the highest number recorded since 1993.  The majority of these deaths involving the use of cocaine have been men of a middle age, between the ages of 30 and 49. In November of 2016, a 33- year old man in Lancashire passed away after using a fatal amount of cocaine. The coroner in the area, Michael Singleton, spoke out om how the drug is killing young, healthy and balanced men. He stated that he is becoming more concerned due to the rise in deaths as a result from cocaine toxicity. He stated that he has never seen this before in all 23 years of him being a coroner.

Are you worried that a cocaine addiction could kill you? If you want to know more about the effects of cocaine on your body, read more here. If you want to give us a call about cocaine rehab, you are also more then welcome to dial 0800 140 4690, we’re available 24/7.