Cannabis is a plant which belongs to a group of three herbs with psychoactive properties: Cannabis sativa, Cannabis indica, and Cannabis ruderalis.

Cannabis (or marijuana, among other names) is arguably the most popular illicit substance globally, although it is now legal in several jurisdictions.

While most of the people who support cannabis use argue that the herb has therapeutic benefits, cannabis dependency is a huge problem among many users, including those in the UK, and there are many benefits of undergoing rehab treatment for cannabis. This helps you overcome cannabis addiction for the long-term.

Although many believe its natural qualities are not harmful, cannabis can undoubtedly cause negative side-effects and impact on user’s lifestyles to no end.

What are the different types of cannabis?

There are 3 main types of cannabis which can be consumed in various ways. These include:

This type is made from flowers of the cannabis plant. Herbal cannabis resembles dried grass. It has a strong, pungent smell, which is why most users like mixing it with tobacco before smoking it.

Herbal cannabis is popularly known as weed, grass, or skunk. It is vacuum-packed before being sold to the end-user.

As the name suggests, cannabis oil is cannabis in liquid form. It is usually oily (dark and sticky) and is the rarest but the most potent type of cannabis in this list.

This type of cannabis is pressed and sold in solid form. Cannabis resin comes in many shades of black and brown. It is popularly known as hashish or hash. Cannabis resin can be eaten/added in food. It can also be smoked through a bong or in a joint.

Can you become addicted to cannabis?

Yes. Countless studies prove that cannabis is addictive. One such study conducted in 2011 showed that 8.9% of cannabis users become addicted at some point in their lives.

Although the probability of being addicted to cannabis was lower compared to other drugs in the study, cannabis addiction is real.

However, it is worth noting that addiction isn’t necessarily driven by the substance in question but by an individual’s vulnerability to addiction. Many addiction specialists support this argument.

If you/a friend/a loved one is struggling with cannabis addiction, speak to an addiction specialist. Most addiction professionals are recovering users with first-hand experience and professional knowledge to help users recover.

Why do people become addicted to cannabis?

According to research, genetics have a significant role to play in regards to addiction. In one study involving identical twins, the subjects had a higher risk of addiction co-occurring in both twins, if one identical twin becomes an addict, as opposed to fraternal twins who have been raised apart 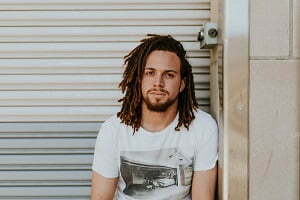 Hart states this is precisely why individuals with families, responsibilities, jobs, and social networks have lower addiction rates compared to their counterparts with less to no responsibilities.

Users tend to have more options and opportunities to abuse substances without having to think too much about responsibility.

Mental health is also a factor with environmental and genetic causes playing a role in the development of an addiction. 50 – 60% of individuals suffering from cannabis addiction tend to have an underlying mental health ailment/condition such as depression, schizophrenia, PTSD, or anxiety.

Cannabis can be used to alleviate symptoms of anxiety, however, as usage continues, tolerance is bound to set in. As a result, an individual will tend to indulge more. When they try to stop, their anxiety comes back even worse, plunging them further into addiction.

If a person has PTSD and uses cannabis to shut down nightmares, the benefits of cannabis in dealing with such problems are short-lived.

How does cannabis affect the body?

The way cannabis works depend on how it is ingested. When eaten or consumed in liquid form, the drug works faster compared to when it is smoked or inhaled.

When consumed, the drug enters the bloodstream and reaches body organs such as the brain. Cannabis works on people differently. For instance, it can make some people euphoric or relaxed, while others can become paranoid.

Cannabis works in the body by altering dopamine levels in the brain. Dopamine is responsible for many functions, one of them being hunger.

This explains why cannabis can make someone overeat (get munchies). The drug (due to THC) increases dopamine levels making sufferers or individuals susceptible to paranoia, anxiety, and psychosis experience worsened symptoms.

Cannabis ddiction signs are similar to those of most, if not all, substance-related disorders. Addiction is a psychological phenomenon that makes an individual incapable of controlling their urges despite the serious emotional, financial, and physical consequences.

Here are the main signs of cannabis abuse in different people:

Side effects of cannabis abuse

Cannabis abuse side effects can be divided into physical, mental and social effects. They include:

Most cannabis userswill have tried stopping/reducing cannabis use in vain. Some will still indulge in cannabis regardless of the obvious negative effects.

Building up a tolerance to cannabis

A person is considered to have built up tolerance or dependence on cannabis if they need more quantities of cannabis to enjoy the same effect.

When drugs like cannabis enter the brain, they override natural processes boosting specific functions far beyond or below normal levels.

In response, the brain may develop resistance to protect itself from the drug. As a result, an addict may need more drugs to get the same effect.

Tolerance to cannabis has been researched in-depth. According to one study conducted in 2012, cannabis users tend to have fewer receptors in their brains for endogenous cannabinoids (signalling molecules that THC mimics).

All drugs capable of causing addiction can stimulate the brain’s reward and pleasure system (dopamine signalling). This is precisely why taking drugs like cannabis is pleasurable.

Studies have proven that the brains of individuals who abuse cannabis have slowed response to dopamine. This increases vulnerability to drug abuse resulting in addiction or dependence.

Tolerance to cannabis can be traced to boredom. Most cannabis users begin using to get rid of boredom. Brain activity shifts from the main reward centres of the brain to others related to habit.

Within no time, pleasurable behaviour becomes a routine or habit that is hard to stop.

Initially, cannabisusers do not realise when/if they have become users. Initially, users will rationalise their inability to stop despite suffering adverse consequences.

They will not admit to themselves let alone discuss with others about the negative effects of cannabis on their life. This will trigger a cycle of cannabis abuse and negative consequences.

For regular people, it’s difficult to imagine life where drugs are more important than family time, work, or hobbies. Most people can’t recollect why users can’t just stop something that has negative effects on their lives.

While most people who aren’t users can make a rational decision where drugs are involved, users don’t stand a chance.

Users will consider immediate benefits over negative long-term consequences. They may not even think of, let alone acknowledge any negative consequences of use.

Users can’t do without their drug of choice. Individuals who aren’t users don’t see drugs as a problem. Being unable to stop smoking cannabis when you are trying to quit marks the onset of addiction.

Individuals who cannot stop on their own should seek professional help immediately.

Cannabis abuse has short-term and long-term effects. These effects include: 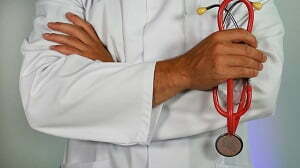 Cannabis users who try to stop using the drug experience withdrawal symptoms such as physical discomfort and mood problems staring within a week of quitting and lasting two weeks or more.

Physical withdrawal effects of cannabis usually persist until the drugs leave the body. Psychological effects last much longer. According to research, it can take a month for the receptors responsible for addiction (cannabinoid 1 receptors) to resume normal function after a person stops taking cannabis. The process starts within days (after 2 days) of quitting.

However, cravings can persist, especially if an addict is exposed to cannabis after quitting. Withdrawal symptoms are inevitable for users who stop cannabis use abruptly.

Cannabis withdrawal symptoms include, but aren’t limited to:

Anyone who attempts to quit cannabis in vain or suffers the above, among other withdrawal symptoms, should seek professional cannabis addiction treatment.

While treatment can be done in typical rehabs, chances of recovery are higher in private residential rehabs that can handle problems like withdrawal effectively and offer more specialised care.