Learn more about comorbid medical conditions and alcoholism. Comorbidity is two diseases existing simultaneously in a person and must be taken into account when discussing the effects of alcohol on the liver, heart, brain, bones and kidneys.

Comorbidity is two diseases existing simultaneously in a person.

Alcohol is the second most commonly abused drug in the UK(just after Tobacco), affecting 18 million of its inhabitants.

It is an easily accessible and legal substance and causes numerous deaths every year not only due to how it affects the body but because of the number of people that are killed in drunk driving accidents.

While the matter may still be highly debated in some areas, the fact remains that addiction is a mental illness.

Your mind can develop a psychological dependence on it, leading to impulsive decisions and irrational actions that you would not normally make(not to mention the increased probability in these flawed decisions occurring while you’re on the substance).

Your body may also develop a physical dependence for it, which often leads to excessive use of the substance; causing damage to many of the body’s functions and organs.

This leads to the conclusion that any singular condition/illness caused by alcohol is a form of comorbidity.

These conditions include but are not limited to Liver failure, heart problem’s, bone problem’s, and kidney failure.

Alcohol’s Effects on the Liver

The liver is a vital part of our body’s filtration system. Therefore, when we damage the liver we are exposing our body to a larger number of toxins which will increase the likelihood of comorbidity and death.

Alcohol promotes the formation of an enzyme called acetaldehyde, which destroys liver cells. When the liver cells are destroyed, it causes a condition called alcoholic cirrhosis(which is scarring of the liver).

Alcoholic cirrhosis inhibits the liver’s natural function and can eventually lead to liver failure, and even death if a liver is not procured.

It is worth noting that you will qualify for a liver transplant if you are suffering from liver disease, however, you will not qualify if you are actively using drugs or alcohol.

Extensive liver damage is irreversible, and requires a liver transplant, but can be treatable if you catch it early.

Talk to your doctor if you are experiencing any symptoms that may be related to liver damage such as nausea, vomiting, pain in the upper right quadrant, or jaundice. 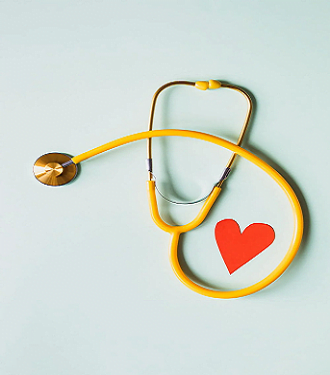 Alcohol’s Effects on the Heart

The heart, or the cardiovascular system, can be affected by the heart in many ways as well. Long term alcohol abuse can weaken and thin the heart muscle, decreasing its ability to pump blood, which is known as cardiomyopathy.

Other symptoms of cardiomyopathy include an irregular heartbeat and swelling in the feet and the legs.

Obesity is another comorbid condition: increased levels of cholesterol cause poor circulation in addition to the weakened heart muscle; these two things increase the difficulty of the exercise, obesity increases depression, depression increases alcohol intake.

Alcohol’s effect’s on the Brain

Alcohol slows down neurotransmitter communication in the brain and can cause the frontal lobes to shrink.

The frontal lobes are responsible for complex thinking and planning, forming memories, decision making, and language.

Chronic use of alcohol can lead to slurred speech, dementia, and inability to learn new things.

Just like the weakening in the heart artery, the arterial walls in the brain can weaken due to overconsumption of alcohol-leading to a hemorrhagic stroke when one of these arteries bursts.

Alcohol can be a contributing factor to ischemic strokes as well, due to the decreased circulation associated with cardiomyopathy.

Alcohol can also increase levels of the hormone cortisol, which is commonly known as the stress hormone. Increased secretions of this hormone can decrease bone formation and increase bone breakdown.

These changing hormone levels can increase your chances of developing osteoporosis – a condition that occurs when bone density declines.

Alcohol’s Effect’s on the Kidneys

Alcohol can both, directly and indirectly, affect the kidneys. It can cause swelling in the kidneys just as it does in the liver, which inhibits a natural function.

Due to alcohol being a diuretic, the kidney’s function in regulating electrolytes and our ph. levels are directly affected, and it is common for dehydration to occur.

Hypertension that is caused by alcoholism can also cause impairment in the kidneys functions and is one of the most common causes of kidney disease.

The body’s organ often relies on one another in a cyclical manner. When one function is impaired, it’s impairment is likely to cause impairment in other functions; this is especially true with alcohol.

Perhaps the most adverse effect of alcohol is the effect that it can have on our mind; the impairment of our decision making, judgement and awareness helps foster the denial that there is a problem.

The adverse effects of alcohol may not be obvious at first, so it is important to stay vigilant and aware of the amount of alcohol you drink.

If you think that you or a loved one may be suffering from alcoholism, it is important to reach out to someone who can help.

A doctor will be able to tell you what the extent of the damage is if there is any, and could start working on reversing it today.

There are many rehabilitation facilities that offer full services for any level of addiction that you may be dealing with. If you are dealing with addiction, it is important to realise that you are not alone.