If you suffer from drug addiction, many people you know will say your addiction is entirely ‘self-inflicted’. This is despite overwhelming evidence that addiction is, in fact, a complex disease and that ‘getting clean’ is not necessarily a matter of merely having enough willpower.

What Is Drug Addiction?

Technically, addiction is a chronic disease of the mind. Drug addiction is characterised by compulsive drug-taking and complete loss of control when it comes to this consumption. Whilst initial drug consumption may be categorised as voluntary, repeated drug use causes complex alterations in the chemistry of the brain.

These changes make it difficult to stop taking drugs. Powerful cravings to continue taking drugs to arise, and in some cases, a number of highly discomforting or even deadly withdrawal symptoms arise when the drug in question is not consumed within several hours after last use.

These urges to continue to take drugs may arise even following several years of complete abstinence. This is why drug addiction is often referred to as a ‘relapsing’ disease.

Drugs affect the brain’s “reward circuits”. Drugs achieve these alterations by flooding the brain with a chemical messenger known as dopamine. Dopamine causes the individual to experience pleasure.

Why Do People Take Drugs?

We can generalise the reasons people take drugs down to four main categories which are:

Why Do Some People Become Addicted To Drugs While Others Don’t?

While the cause of drug addiction cannot be pinpointed to one specific thing, there is a combination of risk factors. If a person is subject to more than one risk factor, their chances of taking drugs are increased. These risk factors include:

What Other Factors Increase The Risk Of Drug Addiction?

Similar to other conditions and illnesses, there is no single cause of addiction but rather a multitude of combining factors. These include: 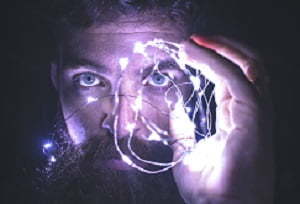 What Happens To The Brain When Someone Takes Drugs?

The chemical reactions that happen in the brain are the fundamental reason why people become addicted to drugs. Mind-altering substances such as drugs and alcohol flood the brain’s reward circuit with a chemical called dopamine. Dopamine is responsible for the ‘feel-good’ factor we experience when doing something pleasurable, such as eating, seeing loved ones, or engaging in sexual activity.

When the brain’s functioning reward system is working properly, it releases dopamine when someone does something pleasurable, which encourages them to repeat the behaviour. But rushes of dopamine, which can feel euphoric (think drugs, ‘highs’, nicotine rushes) also motivate unhealthy behaviours that feel good. This is why taking drugs might feel good, despite us knowing it is bad.

The more someone takes drugs, the more the brain changes its ability to fuel natural reward chemicals to respond to these ‘feel good’ things. In turn, the user needs more of the drug because each time the brain releases dopamine in response to a foreign substance, it reduces the ‘high’ experienced.

This is what we call becoming tolerant to drugs or alcohol. As a result, the user becomes decreasingly pleased by ‘pleasurable’ things they once enjoyed like sex, food, or socialising.

Drugs affect brain chemicals, which in turn affects its circuits. This can affect functions such as:

Addiction comprises around the fact that although users are aware of the harmful effects of the substance they’re taking, they cannot break from the cycle of ‘addictive pleasure.”

How Does Dopamine Reinforce Drug Use?

As we discussed above, dopamine (our chemical ‘pleasure feelings’ is how the brain susses out and encourages behaviours that benefit us. We are wired as humans for our brains to keep repeating these things that bring us pleasure.

Dopamine, the neurotransmitter that’s released when we do something pleasurable, alerts the brain to a significant experience. It tells the brain’s circuit that it needs to remember this incident because it was pleasurable. This signal adapts the neural connectivity which then enables us to repeat the behaviour again with next to little thought – which is how habits are formed.

The ‘high’ people talk about when they take drugs is related to the excessive surge of dopamine in the brain. This chemical then creates a connection between consuming the substance, the pleasure they feel, and all contextual elements such as people, places, things that are associated with the experience.

As time goes on, and as the user needs more of the substance to feel a high, excessive surge of dopamine then ‘train’ the brain that drugs are pleasurable – sometimes at the expense of our moral code.

What’s interesting is that certain cues associated with initial drug use can trigger cravings in a user’s brain in years to come. The brain has learned a ‘reflex’ to link certain people, places, and things with pleasure. For example, if someone no longer uses drugs but runs into someone who used to deal with them, or return to a location where they used to score, this can trigger a craving.

Why Are Drugs More Addictive Than Natural Rewards?

The dopamine that is released in the brain when someone takes drugs is far greater than that released when we experience something natural, like good food, sex, or socialising. Thus, the brain of a drug addict produces fewer neurotransmitters, meaning they do not get the same pleasure from these natural things.

It’s as though the reward circuit from drug use has been set to a high standard which natural things cannot compare to. But this means that excessive drug use eventually leads to a ‘running out’ of dopamine, and can lead to depression.

The individual who is addicted can feel depressed or lifeless as they cannot get pleasure out of the things they used to enjoy. So they take more drugs to feel any pleasure at all, which leads to a vicious cycle. They need increasing quantities of the substance because of this cycle of dopamine, reward and pleasure. 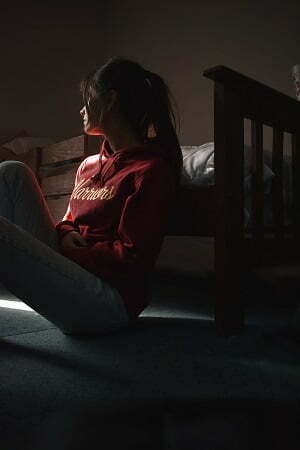 Symptoms Of Drug Addiction In Myself

It can be a worrying time for those battling addiction. The mental and physical effects of the drug and its withdrawal are intense enough, coupled with the potential heartache and tears from family members too.

If you suspect you have a drug addiction, there is no shame in asking for help. Look at the following list of indicators of addiction, and if you answer more than two of them, pick up the phone and change your life today:

Symptoms Of Drug Addiction In Others

Drug addiction is an illness that takes hold of an individual’s life in many aspects, both visibly and in secret. Some people may suspect a loved one’s drug use due to an initial change in behaviour or a ‘glazed’ look about them. Others may be able to smell a strong scent indicating illicit substances or see paraphernalia lying around.

Here are some pointers to look out for if you are trying to determine if someone you love is struggling with addiction:

If you spot any of these signs in the person you are worried about, it’s important you call a rehab centre so they can steer you in the right direction. You are encouraged to seek the help of an interventionist who can help you set up a meeting with the addicted person to address their behaviour, and motivate them to get help.

Does Drug Addiction Cause Other Mental Disorders, Or Vice Versa?

Dual-diagnosis is common among those addicted to drugs. The answer to the question above is very much like the chicken and the egg theory: no one truly knows, but everyone knows they’re both intertwined.

Mental health conditions like depression, stress, anxiety and schizophrenia are all risk factors when it comes to developing an addiction. People are likely to use drugs to feel better or reduce unpleasant symptoms.

Equally, drugs interfere with the natural processes in the brain and are mood-altering substances. This can result in mental health problems such as anxiety, depression, and sometimes self-harm. Withdrawal from substances can also contribute to depression and paranoia.

How Can Drug Addiction Harm Other People?

As many families who are trying to help a loved one struggling with addiction know that it is a distressing, difficult, and intense experience. Aside from the emotional and mental strain, it can put on relationships, families, employers and the community, there are also health concerns associated with drug addiction that you might not think about. These include:

Can Drug Addiction Be Cured?

Contraindications exist as to whether addiction is indeed a disease, and therefore speculation about whether it needs ‘curing.’ Some people believe there is no cure, and that once addicted to drugs the person will always be addicted, whether they are in recovery or not.

Those in recovery will, unfortunately, be placed in an at-risk category for years to come, as the brain remembers well the reward and pleasure cycle. However, like any other chronic illness, drug addiction can be treated and kept at bay.

Professional addiction treatment generally consists of a medically-assisted detox, rehabilitation at a treatment facility, followed by an aftercare programme.

Increasing work by governments and public health bodies is being channelled into preventing drug addiction. This work is being done in schools, places of work, colleges, communities, and also the media. Experts are of the belief that educating people, especially young people, about the risks and effects of taking drugs is the way to reduce the number of people in recovery today.

What Are The Principles Of Effective Treatment?

The first principle of treatment with any drug addiction is seeking professional help. This means admitting you have a problem, and opening up to the possibility that you have done wrong in the past, and that you now need help. Enrolling onto a detox and rehab programme is the active part of this first step.

The second step is rehabilitation, which some people call ‘maintenance.’ This entails regular therapy sessions either in groups or one to one with a therapist, to uncover your deeper issues. This stage is all about finding out more about yourself and your past, and the reason behind your drug-taking.

These two steps are both complemented by medication, which can help alleviate symptoms of withdrawal. In others, it can be as part of a substance substitution programme, especially for heroin or opiate-based addictions. Medication can only be prescribed by a licenced professional, and it is best this is done in a rehab facility where your medical and psychological needs can be monitored.

The final stage of effective treatment is aftercare, which means your ability to cope once you leave the sheltered and protected environment of a rehab centre. Your treatment programme will equip you with the correct skills and resources to be able to maintain sobriety in the real world.

This means relapse prevention schemes, ways to deal with people, places and things that remind you of your addiction, and ways to promote better mental and physical health.

Things To Remember About Drug Addiction

It can be extremely difficult living with drug addiction or living with someone who is addicted. We have included below some key facts to bear in mind when dealing with this type of illness:

What’s important to remember is that you are not alone in your addiction. As discussed above, drug addiction is one of the most common illnesses in the world to this day. Thousands of more people receive treatment each month for various types of drug addictions.

This means that not only will the stigma be reduced or the number of people in recovery increase. It also means that addiction is gradually being placed on par with other conditions and is getting the medical and political research and intervention it deserves.

If you or your loved one suffer from any of the above drug addictions, give us a call now so we may offer you free help and support in overcoming this addiction.

We work with treatment providers across the United Kingdom, and we will help you locate treatment that’s absolutely right for your needs.