Obsessive-Compulsive Disorder (OCD) is a mental disorder where a patient experiences consistently strong thoughts (the obsessions), followed by an action (known as a compulsion.)

In order for someone to get an OCD diagnosis, the compulsions must happen for at least an hour a day, and it has to prevent or make it difficult for the person to function normally.

The majority of people with OCD get diagnosed before the age of 19, but there are cases where it occurs at all ages. When receiving a diagnosis, there are a few various tests a person may undergo.

The doctor may start with a physical exam and lab tests. This is generally to look for any other causes or problems, such as PANS. Then the process for diagnosing a disorder that is mental, not due to physical infection, is usually a psychological evaluation.

This can be done by a primary care doctor, or a patient may be referred to a psychologist or psychiatrist for formal diagnosis and to come up with a treatment plan.

In order to get the diagnosis, a person must experience obsessions, compulsions, or both that take up at least an hour of time or significantly interfere with functioning in another way. </sp

Additionally, to be diagnosed with OCD, the obsessions and compulsions can not be the result of a different physical or mental condition. Once a person is diagnosed, they will probably undergo other tests to figure out the severity of the disorder.

The severity will help the doctor or other professionals to figure out what the best treatment plan is. This disorder used to be considered extremely rare, but now studies have shown that it is the fourth most common psychiatric disorder.

Below we have listed some common behavioural patterns associated with people suffering from OCD.

If you have noticed some of these signs and would like to approach an individual to discuss OCD treatment, call Rehab 4 Addiction today on 0800 140 4690 for guidance and support.

The signs can include: 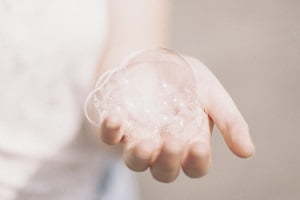 OCD is a serious cognitive disorder which can affect daily life from the minor to the extreme. Studies have shown that individuals living with OCD often exhibit the following physical and mental symptoms:

The most common misconception of OCD is overly-hygienic obsessions or tidying up objects around the house or workplace.

While these are common indications of obsessive-compulsive disorder, people with OCD generally fall into one of the following behavioural categories:

Washers’ fear or obsession is contamination and dirtiness. Their compulsion is usually some form of cleaning or hand-washing.

Checkers associate certain things with danger or potential for harm, so they will check them repeatedly. Compulsions for checkers include things like checking that the oven is turned off over and over again, repeatedly making sure the door is locked, etc.

Doubters and sinners are afraid of their own imperfections. They usually believe that if they make a mistake, something bad will happen, or they will be punished. For this reason, they spend a lot of time trying to ensure tasks are done perfectly.

Counters and arrangers want order and symmetry. They may be very specific or superstitious about numbers, colours, or how their things are arranged.

Hoarders are afraid that if they get rid of something or throw it away, something bad will happen. For this reason, they compulsively hold on to lots and lots of stuff that they do not need.

At Rehab 4 Addiction, we offer many treatments and therapies to help deal with obsessive-compulsive disorders. Call us today on 0800 140 4690 for specialist advice and guidance.

Below we have listed the most popular forms of therapies for you to consider:

Imaginal exposure is good for people who are not ready to be placed in a real-world situation with their trigger.

Habit reversal training involves a person focusing on what sensations they feel or what his happening when they do a certain tic or complete a certain habit.

Once they learn the signs and more about the compulsion, they will begin to work on how to stop practising the habit by replacing it with something new.

CBT is one of the most successful treatments for OCD. Cognitive-behavioural therapy or CBT is a form of talk therapy.

During the sessions, a patient can learn about their disease as well as learn certain coping mechanisms. For people with OCD, one of the most successful parts of CBT is what is known as exposure therapy.

During exposure therapy, a professional will slowly expose a patient to their trigger event or situation a little bit at a time to help them learn to control their response.

What are the Causes of OCD?

OCD is a pattern of learned behaviour which the individual has found alleviates the intensity of stress or anxiety relating to a certain action, event, or object.

While the scientific cause of OCD is still undiscovered, there are many theories surrounding the psychological reasons behind OCD. These include:

Other Forms of Treatment

The severity and impact one’s obsessive-compulsive behaviour has on everyday life varies from person to person. While some individuals learn to manage and cope with their compulsions or obsessions, others require more guidance and support in tackling and overcoming these habits.

Below, we have listed the most popular forms of treatment for OCD which are available at Rehab 4 Addiction:

The following forms of therapy are generally last resort but can work for people who do not respond to more traditional forms of treatment like medication and therapy.

Deep brain stimulation is still being researched, but there is evidence that it can help people whose symptoms worsen despite other forms of treatment.

During brain stimulation, electrodes are implanted into the brain and connected to a small electrical generator in the chest. The electricity can help regulate the transmission of signals in the brain.

Electroconvulsive Therapy is the process of sending electrical pulses into the brain to trigger seizures. Doing so can help reduce a person’s symptoms to a point where they are able to manage/cope with it.

This is a noninvasive treatment where certain areas of a person’s brain are targeted with electromagnetic currents. After several sessions, many people have shown to get relief from the symptoms associated with OCD.

OCD can be a scary disorder to have to deal with, so if you or someone close to you are experiencing symptoms associated with it, it is important to reach out and get treatment.

It is possible to manage the symptoms and live a life not controlled by the disorder.