Someone in a depressive episode may experience devastatingly low moods, suicidal ideation, extremely low energy, and various other symptoms that are commonly linked to depression.Usually, to be diagnosed with bipolar disorder rather than depression, a person must experience a period of mania or hypomania.

Most of the time, a person with bipolar disorder will experience their first manic episode in their twenties, but it can appear earlier or later in rarer cases.

Several factors can influence the development of bipolar disorder. First of all, someone who has an immediate family member with bipolar disorder is significantly more likely to develop it.

Beyond that, if a family member has a different psychological disorder, you are still considered to be at higher risk of developing bipolar disorder. No one has found the specific genetic link that is passed down, but the correlation is clearly there.

The root of various mental disorders, including bipolar disorder, is a chemical imbalance. Everybody has chemicals known as neurotransmitters that control mood and emotional response.

If someone has too much or too little of one of those chemicals, psychological disorders can develop. Noradrenaline (also known as norepinephrine) and serotonin are both neurotransmitters that have been linked to disorders such as bipolar disorder.

Finally, various environmental factors can trigger bipolar disorder. Stressful life events and trauma – such as childhood abuse, sexual assault, war etc –  can result in the development or appearance of bipolar disorder and various other mood disorders.

There are three different types of bipolar disorder which have been categorised below. The length and intensity of the episodes of depression and mania vary from individual to individual.

Our health professionals will encourage a diagnosis and assessment to determine which category of bipolar disorder you are currently living with, to help tailor the necessary treatment for you.

Bipolar I disorder is the classic and most severe form of bipolar disorder. A person with bipolar I disorder must have experienced at least one episode of mania and probably one depressive episode, but the later is not always necessary for diagnosis.

This can be to identify other conditions that may be the root of the disorder or to identify a problem with how the brain is functioning. On the other hand, psychiatrists will often use simple observation and questioning to come up with a diagnosis.

This can include a conversation about thoughts, feelings, and behavioural problems as well as self-assessment questionnaires. With the patient’s permission, a psychiatrist may also have conversations with people in the patient’s life.

Sometimes it will take a few sessions for a psychiatrist or psychologist to make a formal diagnosis, so they may ask the patient to complete a mood tracker along with other trackers such as sleep or diet trackers.

Although bipolar is a psychological disorder, its symptoms and side-effects are often visible through behavioural or emotional patterns.

The signs of mania are:

The polar opposite behaviour of mania is depression, and some symptoms include:

This is a treatment that involves a medical professional but does not involve the patient staying overnight anywhere.

Outpatient treatment can consist of both group and individual therapy, interventions, peer support, and medical support for those who have a mental illness such as bipolar disorder.

During sessions, an individual can learn coping mechanisms, have a safe place to vent, etc. Often people who start in inpatient treatment will eventually do outpatient therapy.

Inpatient treatment takes place in a hospital or other long-term care facility. There are both public and private institutions that people can check themselves into or be checked into by another person.

The goal of inpatient therapy is to protect a patient and help them stabilise to the point that they can cope outside of the facility with outpatient treatment or entirely on their own.

Inpatient treatment can sound scary, but it can be extremely beneficial to those with more severe symptoms or for those whose symptoms are not treatable with outpatient therapy alone. 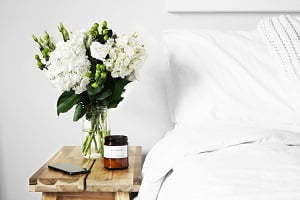 When to Consider Hospitalisation

If may be time to consider hospitalisation if the patient shows any of the following signs:

At Rehab 4 Addiction, we also offer non-medication or non-medically based treatment. Upon assessment, we will discuss with you what your best options are and how our treatments can fit in with your everyday life, commitments and obligations.

CBT, or Cognitive Behavioral Therapy, is a form of treatment where someone with bipolar disorder can learn how to cope with their disorder and manage the episodes without necessarily using medication to minimize them. Usually, this therapy will consist of multiple sessions over a prolonged period.

Psychoeducation is extremely important for the treatment of bipolar disorder. It can happen in a group or individual setting and is the process of teaching someone about what their disorder is, how to recognize the signs and symptoms, and how to cope with mania and depression. Generally, psychoeducation is apart of every treatment whether the person is receiving medication or not, inpatient or outpatient.

Family-focused therapy is just what it sounds like, therapy that involves the entire, or at least participating, family. During these sessions, a professional will work to help not only the patient cope but the patient's family.

It can be hard for the entire family to adjust when a person is diagnosed with bipolar disorder, and family therapy can help everyone cope.

ECT, or electroconvulsive therapy, can be used to treat bipolar and various other mental illnesses. During a session, a medical professional will send electrical currents into a person's brain to induce seizures. Usually, ECT is not the first thing a doctor will try but can work for people who do not respond to medication or talk therapy.

There are many options and lifestyle alterations that could help with you in everyday life to live with bipolar disorder.

Many of these are simple yet effective steps that could help alleviate the struggles associated with bipolar disorder. These include:

Exercise is known to help decrease symptoms of depression or depressive episodes due to a release of serotonin.

Therefore, exercising during depressive episodes can help you feel better, and it can also be a positive, healthy energy outlet during a manic episode.

When sleep is not regulated well, a person can struggle to cope with symptoms of bipolar disorder, and it may trigger an episode. When the brain does not get enough sleep, serotonin and dopamine do not function how they should, and therefore a person may suffer from either a manic or depressive episode.

Additionally, when people are in the middle of an episode, their sleep may become even more irregular, which can worsen their symptoms and cause them to be unable to cope. For these reasons, it is important for anyone with bipolar disorder to try and keep a regular and healthy sleep cycle.

Certain foods may affect your mood more than others, so keeping a food log along with a mood tracker can help you know which foods to eat and which to avoid.

While drugs and alcohol may seem like a good idea when in a depressive or manic episode, it will result in a worsening of symptoms and an inability to cope.

For this reason, it is essential to avoid excessive drinking and all drugs not prescribed by a doctor when diagnosed with bipolar disorder.

Get in touch today

Call now on 0800 140 4690 for confidential and immediate advice on treating bipolar disorder.