Learn more about a Valium Detox during the rehab process. Valium is a highly addictive prescription drug and must be taken with caution to avoid the dangers associated with long-term use.

Valium (e.g., Diazepam) is a benzodiazepine. These are over-prescribed and often highly addictive substances.

Because of the dangers associated with long-term use of benzodiazepines like Valium, there has been a concerted effort to cut down on their use for chronic issues.

The longer Valium is taken, the more likely that a person will become dependent and require medical intervention to stop taking it without experiencing significant withdrawal symptoms.

Most people can only take Valium for eight weeks without it starting to create withdrawal symptoms when they stop. This is because it works by replacing the body’s natural chemicals that relieve anxiety.

There is also a tolerance build-up effect with this particular drug which means the user must keep increasing the dose to stave off withdrawal symptoms and continue gaining the same benefits.

Once withdrawal starts becoming evident during times when a person is not taking Valium, there is no longer any option except getting medical intervention.

Quitting, without the oversight of a medical professional, has the potential to lead to coma, seizures, or death.

It is very dangerous and requires prolonged weaning off of the drug to avoid withdrawal. This takes place over the course of months.

The longer Valium is used, the more likely any withdrawal symptoms will gain in severity.

This is because long-term reliance on the drug changes chemical balances in the body to the point where it cannot function adequately without the medication and also the fact that tolerance will lead to increased doses over time.

Symptoms seen during Valium withdrawal include the following:

Not everyone develops a psychological addiction to Valium, but for those that do these symptoms may be noticed in addition to those already stated above:

For individuals who are on large doses or have been taking the medication for more extended periods, the symptoms will be more severe and might involve the following:

Although it usually requires at least two months to develop signs of withdrawal from Valium the individual’s health and personal medical history will play a part in whether they succumb earlier.

There are cases of short-term use with low prescribed doses that still ended with the patient becoming dependent on Valium.

Benzodiazepines, including Valium, work by increasing the inhibiting nature of certain neurotransmitters like GABA. This lowers anxiety and creates a calming, sedated effect on the patient.

Valium is one of the fast-acting drugs and can start working within half an hour. It is also long-acting.

Its prolonged use will cause the brain to rely on the drug’s effects in order to keep the GABA neurotransmitter high enough to stay calm.

Abruptly stopping the use of Valium or other benzodiazepines is what causes withdrawal symptoms as the body scrambles to compensate.

How Long the Symptoms Can Last

Valium is long-acting, so there will not be an immediate noticeable response if someone stops taking it. For acute withdrawal, the signs might begin to appear as quickly as twenty-four hours after the last dose.

However, it usually takes quite a bit more time with it not being unusual for symptoms to start showing a week after it is discontinued.

Most people experiencing withdrawal will have been relying on it heavily, and it takes the body a while to thoroughly work through the drug.

Due to its long-acting nature, once the symptoms do start, they will be around for an extended period averaging approximately six weeks. The intensity of the withdrawal will wax and wane throughout the process.

It is necessary to stop taking Valium by tapering off of it under the guidance of a medical doctor to ensure no dangerous complications develop and symptoms are kept under control.

There is always the chance of medical complications while experiencing withdrawal from benzodiazepines like Valium.

The safest way to stop taking it without experiencing potentially dangerous side effects is by entering into a medical facility with a trained team who will be able to monitor any complications and respond in real-time.

Research has also shown that longer stints in a medical centre are more helpful than short-term stays since the symptoms are so prolonged. There are a couple of major medical complications that are possible with anyone taking Valium, which includes the following:

The amount of Valium that has been taken and for how long will be the determining factor in regards to the duration of withdrawal. As previously mentioned, the symptoms begin for most people after around a week. Then they can last for four to six weeks.

There is a cyclic nature to the withdrawal of Valium. Initial stages slowly build in severity, and then there will be a period where symptoms lessen in intensity before they ratchet back up towards the last several weeks of the withdrawal process.

This seems to be the standard response to tapering off the drug. Medical complications may affect the duration to some degree. 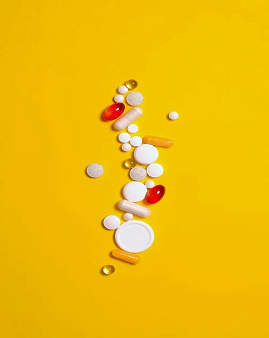 There is no set time period for withdrawal, so this timeline is approximate. Each person’s timeline going through the process will be affected by how long they have taken Valium, their dose, any co-occurring medical issues, complications, and other factors.

However, most Valium users show a similar withdrawal schedule. There are three main stages that last anywhere from days to weeks, depending on the individual.

Anyone who took it in high doses and for an extended length of time will have to wait longer for the symptoms to begin appearing, and they will take longer to fade away completely.

The initial stage can start as early as one day but for most people begins between four and seven days after their last dose of Valium.

The symptoms will start off slowly and gain in intensity over the course of days or weeks. Whatever issue the Valium was meant to treat will return during this time and may become quite severe by the end of the first stage.

Some of the first noticeable symptoms will be anxiety, agitation, and restlessness. They commence in a mild form and then gain in severity over time.

The symptoms of withdrawal peak within the second week for most people. This is also the time when most of them will be experienced. Flu-like symptoms (e.g., vomiting, full-body tremors, sweating, headache, nausea, muscle aches, etc.) and sleeping disturbances will become quite noticeable. The risk of medical complications increases during this time.

During the third and fourth week, there will be a waning effect on the symptoms, and they will diminish in intensity, and some of them may disappear temporarily.

This process will be gradual, and for some people, they last longer than others. How the drug is being tapered off will also be a determining factor in this portion of the withdrawal timeline. It may take longer if the tapering process has been drawn out.

The final stage of Valium withdrawal generally takes place around the fifth or sixth week but depends on individual circumstances. It is common for post-acute withdrawal syndrome (e.g., extended withdrawal, long-term withdrawal, etc.) to be diagnosed during this time.

This syndrome causes a severe, sudden onset of earlier symptoms. When post-acute withdrawal syndrome is going to appear cannot be predicted. Some individuals experience months or even years after they stopped taking the drug.

Detoxification from a drug involves thoroughly purging it from the body. Physical or psychological dependence on Valium requires detox to recover fully.

No one should attempt to detox alone. It requires the guidance of a medical professional and is best done inside a facility designed to accommodate detox.

Benzodiazepine withdrawal is known to be dangerous when not handled carefully.

How to Make Detoxing From Valium Safe

Most detoxing will take place using a tapering system of reducing the dose every week. This has the benefit of lessening any symptoms that might be experienced.

The stress on the body and mind is significantly lowered by detoxing in this way, making it safer overall. Some of the most dangerous withdrawal medical complications include accidental injury, and that risk can be reduced significantly by only lowering the dose a small amount each week.

Timeline of Detox at Home or a Facility

When tapering off under the care of your doctor alone it might take months to get off the drug fully, but if you enter into a detox facility they usually go much faster, and it might only take a few weeks.

An experienced medical team can anticipate symptoms and their changes and either prevent or manage them. Detoxing from home can take as long as six months because the slower the tapering process, the less the symptoms will interfere with daily life.

However, detoxing in a facility can take as little as six weeks. In the end, the extremity of a person’s addiction will determine the exact timeline. Being under the care of facility supervision does cut down on how long it takes and how well the symptoms are managed.

Medical Plan for Detoxing From Valium

For anyone who chooses to detox in a medical centre, there will be a medical plan created during the intake exam, which will detail what to expect while detoxing from Valium.

This plan will help anticipate upcoming symptoms and how they will be addressed with various treatments taking some of the stress out of the process.

Professional residential treatment will make it easier to get access to these as needed, which, in turn, eases the entire detox process.

Not everyone who becomes physically dependent on Valium is actually addicted. There is a fine line. Psychological dependence is more likely to lead to a case of substance abuse and addiction.

For anyone who finds themselves undergoing detox and withdrawal treatments after being diagnosed with Valium addiction, there is more to recovery.

Long-term symptoms, cravings, and any mental disorders that might have contributed to the initial addiction will need to be addressed.

After detox, there will be a period of treatment that focuses on mental and physical recovery. A holistic approach is useful during this time to encourage healing.

There are outpatient and inpatient options with programmes for both that allow the individual to get support learning coping skills for overcoming any residual bad habits and thought patterns.

Therapy, support groups, and other medical treatments are typical for this part of rehabilitation.

Aftercare is also essential for when the treatment programmes are complete. Most aftercare plans involve a continuation of mental health care through community support groups, one-on-one therapy, and family therapy.

Therapy Options During Rehab and Aftercare

Most residential centres have several types of therapy that are recommended or required during treatment for substance use disorders.

Below are the most commonly seen therapy opportunities. Once treatment is complete, most people continue to use them as a way to combat negative thought patterns and overcome life struggles.

Substance abuse usually happens because a person has trouble expressing their feelings or overcoming a mental health disorder like depression or anxiety. One-on-one therapy is an excellent way to learn positive ways to deal with these issues.

Interacting with others who have gone through similar situations and who fully understand what it feels like to be in recovery can be one of the most helpful types of aftercare treatment.

The understanding, encouragement, and accountability that can be found in support groups and group therapy can make a significant difference.

Sometimes toxic family dynamics are what lead to substance abuse. Working through them in a therapeutic environment is one way to repair meaningful relationships.

There are multiple types of family therapy which can include marriage and partner counselling and educational therapy.

A focus on the entire body and mind during recovery is encouraged. Holistic wellness includes addressing nutritional needs, finding ways to increase relaxation, and introducing mindfulness and other stress-relieving therapies.