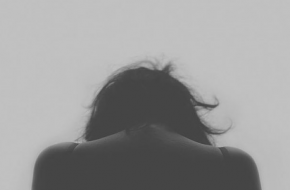 The study was conducted at the University of Michigan and involved over 6000 adult males and females from all across the United States of America.

The results of the study contradict other studies linking good health with lower levels of depression. This is because in America white males are on average much healthier than black males.

The authors of the study reason that white males are more likely to suffer from depression because they have had ‘less opportunities’ than black males to develop coping mechanisms.

Dr Shervin Assari of the University of Michigan’s Department of Psychiatry said, “White men were experiencing the least stress in their lives. They don’t get a lot of it and they are not used to it, so they are more prone to its harmful effects.”

Dr Shervin Assari also claims that black males have better social and religious networks that help them tackle the effects of depression. For white men, Assari claims, many of these networks simply are not available.

This study examined the relationship between race, gender and mental illnesses such as depression.

The study also revealed that race did not have a bearing on the likelihood of women suffering from depression. However, black women were more likely to suffer from stress than white women.

Learn more about Rehab 4 Addiction’s mental health treatment options.  We offer a comprehensive residential rehab for depression and other mental disorders such as anxiety and eating disorders.