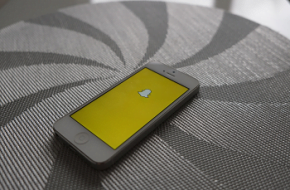 Health risks attributed to social media over-use included anxiety, depression and sleeping disorders.  Since social media arrived less than a short decade ago, Rehab 4 Addiction has seen a gradual increase in the number of teen rehab treatment programmes offered across the United Kindom.

The study surveyed 460 children between the age of 11 and 17 at a Glasgow secondary school. The survey measured pupils’ self-esteem, depression, anxiety, sleep quality and level of emotional investment in social media channels.

The study reveals teens who log into social media channels after dark see a reduction in sleep quality, as well as higher occurrences of depression and anxiety. This was particularly true when teens felt a moral responsibility to reply to their friends’ messages. Many felt a failure to respond could damage their social life.

Teens with a high emotional investment in social channels had a greater risk of experiencing anxiety and depression even if they did not browse social media channels after dark.

In the study many teens claimed to use multiple devices in order to view different social media channels simultaneously. This behaviour often carries on into the small hours of the night.

The results of this study seems to confirm the results of an earlier study commissioned by the National Citizen’s Service youth programme.

This earlier study surveyed 1,000 girls between the ages of 12-18 years-old. This study revealed that nine-out-of-ten of girls who suffered mental health problems preferred to indulge in social media rather than seek out help from their parents.

Lucie Russell, director at the youth mental health charity Young Minds, said: “Not only has social media added new complexities to their daily lives, but looming, uncertain futures just add to this stress. We need to ensure young people are equipped with the skills to deal with these pressures and to navigate positive paths into adulthood.”

Researchers who conducted the Glasgow study stress more research is required. The results of their study may mean children turn to social media channels precisely because they cannot sleep.

Dr Cleland Woods, the report’s lead researcher, told Rehab 4 Addiction: “Adolescence can be a period of increased vulnerability for the onset of depression and anxiety, and poor sleep quality may contribute to this.

“It is important that we understand how social media use relates to these. Evidence is increasingly supporting a link between social media use and wellbeing, particularly during adolescence, but the causes of this are unclear. While overall social media use impacts on sleep quality, those who log on at night appear to be particularly affected. This may be mostly true of individuals who are highly emotionally invested. This means we have to think about how our kids use social media, in relation to time for switching off.”