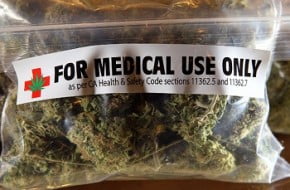 A recently published study reveals US legislation legalising cannabis for medicinal use has not led to the long prophesied rise in teen cannabis consumption.

The study, conducted by Dr Deborah Hasin at the Columbia University Medical Centre in New York, analyses data from another national study known as ‘Monitoring the Future’. Since 1991 this study has collected data from fifty thousand students each year between the ages of 13 to 18 in forty-eight different US states.

Since 1996 scientists and politicians have predicted a large increase in teen cannabis use as a result of the drug’s legalisation for medicinal purposes. Hasan’s study proves this belief was utterly misguided. In fact, Hasan’s study shows cannabis use decreased for those aged between 13 and 14 years old in states that legalised cannabis for medical purposes. For the other age groups cannabis use remained static over the period.

Dr Hasan said to Rehab 4 Addiction: “Our findings provide the strongest evidence to date that cannabis use by teenagers does not increase after a state legalises medical marijuana”.

“Rather, up to now, in the states that passed medical marijuana laws, adolescent marijuana use was already higher than in other states”.

Dr Hasan says teens are more likely to view cannabis as medicine rather than a means ‘to get high’, largely thanks to these laws dating back to 1993.

Commenting on the Dr Hansan’s study, Dr Kevin Hill at McLean Hospital in Belmont, Massachusetts wrote to Rehab 4 Addiction saying “the growing body of research that includes this study suggests that medical marijuana laws do not increase adolescent use, and future decisions that states make about whether or not to enact medical marijuana laws should be at least partly guided by this evidence.”

There are now calls for cannabis’s legalisation here in the United Kingdom, particularly for medical purposes. Professor Val Curran of University College London told Rehab 4 Addiction: “Patients are suffering unnecessarily and others in great pain are travelling abroad to find the cannabis they need to ease their symptoms.”

If you or a loved one suffers from cannabis addiction, be sure to contact Rehab 4 Addiction. With cannabis rehab centres throughout the United Kingdom, our advisors will find a suitable centre near you.