The Brain’s Ability to Filter Distraction and Addiction 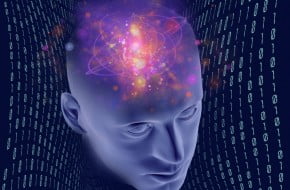 As one of the United Kingdom’s most experienced drug rehab clinic referral business, we are always excited to learn of new insights about addiction that emerge from academia. Yesterday we were excited to learn of an important research paper published in Nature revealing addiction prevents the brain from focusing on anything other than getting high.

The research paper attempts to unravel the brain’s attention mechanism and pays homage to Dr. Francis Crick. Crick believed the thalamus “shines the light” on the brain’s prefrontal cortex, thus allowing us to react to events occurring in our external environment. Crick, who is credited with discovering the structure of DNA back in 1953, believed the thalamus illuminates the prefrontal cortex so we are able to focus on certain objects or ideas at the exclusion of all others.

Dr. Michael Halass, the author of the study, said: “We typically use a very small percentage of incoming sensory stimuli to guide our behaviour, but in many neurological disorders the brain is overloaded.

“It gets a lot of sensory input that is not well-controlled because this filtering function might be broken.”

The research paper relied on animal studies involving mice. The study tested mice’s ability to ignore distractions. Interestingly, the study revealed that PFC neurons alter the mouse brain, allowing them to react to stimuli through transferring signals to the brain’s inhibitory thalamic reticular nucleus (TRN) cells. The researchers believe TRN plays an important role in allowing the brain to filter out sound and sights that are not essential to the task at hand.

Dr. Halass said: “With this new technique, we can actually watch how circuit problems in the mouse thalamus may lead to problems with concentration that underlie certain neuropsychiatric disorders in human.”

Scientists believe this mechanism is also at play when an person suffers from an addiction.