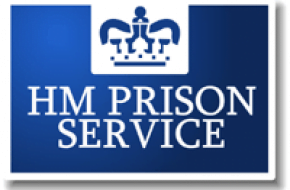 Prisons in the UK have seen large increases in the trade of illegal synthetic drugs.

These synthetic drugs are classed as ‘new psychoactive substances’ (NPS).

A new report estimates around 600 UK prisons sought help in the first six months of 2015 alone for addiction to these NPSs. These figures were published by the Rehabilitation for Addicted Prisoners Trust (RAPt).

The report also states that NPS is linked to incidents of physical harm caused to prison guards or other inmates. NPS was linked to 54 such incidents in 2015. NPS is also linked to cases of cases of self-harm inflicted by individuals who consume NPS.

The report reveals the most common NPSs used in UK prisons are synthetic cannabinoids known as ‘spice’ or ‘black mamba’.

The RAPt report is corroborated by reports supplied by the Prison Officers Association (POA). The POA confirms an increase in NPS used throughout the UK’s prison system.

Another report conducted by the University of Cambridge estimates around 20% of UK prisoners are addicted to some form of NPS, particularly spice. Further, the Prisons and Probation Ombudsman found synthetic substances were linked to around 19 prison deaths occurring between 2012 and 2014.

RAPt is now lobbying the Government to introduce specialist ‘recovery wings’ for UK prisons. RAPt is currently trialling 26 of these ‘wings’ in selected UK prisons. So far these wings have treated over 200 prisons addicted to NPS and other drugs. Mike Trace, the chief executive of RAPt, said: “we offer intensive rehabilitation treatment to get prisoners free from drugs, and ultimately, free from crime.” However, a mere 3% of UK prisoners have access to RAPt’s drug rehab clinics.

The Government has announced new drug tests which will detect NPSs such spice and black mamba in inmates system. These measures aim to tackle the increase in NPS related violence that has gripped UK prisons in recent years. The prison service also announced plans to train 320 sniffer dogs who will be able to detect legal highs.