What is ‘Cocaine Eyes’? Signs & Symptoms

Cocaine is a powder stimulant typically consumed by snorting, smoking, or injecting.

Although it can have a wide variety of negative consequences on the health of an individual including heart attacks and strokes, it also poses a particular danger to the optic nerve and vision of users. 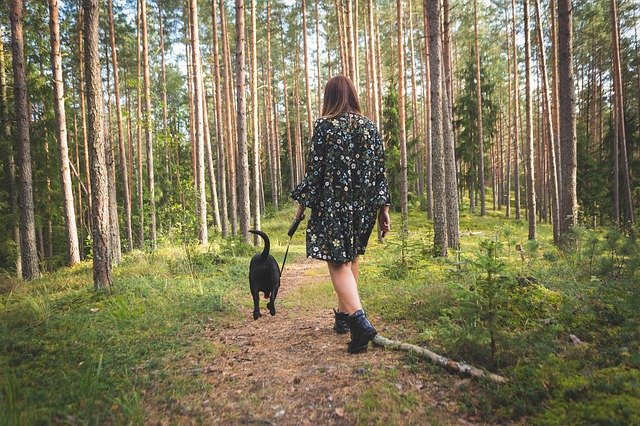 Cocaine originally comes from dried coca leaves. In South America, inhabitants have chewed and eaten these leaves for thousands of years due to their stimulating effects.

Cocaine is a purified, chemical compound that stems from this plant.

Before local anaesthetic was developed, many surgeons used cocaine as a painkiller.

However, since these times, research has shown us that cocaine is dangerously addictive and can cause ill effects to both the body and brain.

In the UK, cocaine is a Class A drug meaning it is illegal to supply or produce this substance.

Most people snort cocaine or rub it on their gums. Some people also dissolve it in water and then inject it, whilst others heat the pure crystal form and smoke it.

Cocaine is a very addictive substance that alters the user’s level of perception. It is also known by the names blow, coke, crack, and rock.

As it is the most potent stimulant, many drug dealers mix cocaine with other white substances such as salt and sugar to mimic the whiteness whilst others use far more poisonous fillers such as laundry detergent, rat poisoning, crystal meth, and fentanyl.

Fentanyl poses one of the largest risks when consumed with cocaine, even if it is a small dose. It is a very powerful synthetic opioid around 50 to 100 times more potent than morphine.

When taken with cocaine it can cause immediate death.

Cocaine eyes, also known as cocaine pupils, refers to the dilation of the pupils once cocaine has been consumed.

When an individual takes the drug, their pupils grow bigger which makes the coloured iris look very small.

This also means that the eyes become very sensitive to light which is why some people wear sunglasses even though it doesn’t seem bright enough to do so.

Cocaine also has other effects on the eyes causing the whites to appear very red and bloodshot. This is due to exposure to cocaine vapours, expanding blood vessels, or a combination of the two.

Most drugs change the appearance of the eyes, some cause pupils to pinpoint, meaning they decrease in size whilst others cause major dilation.

Cocaine eyes are typically seen as a huge indication that a person has consumed illicit substances and is intoxicated.

As cocaine begins to stimulate the brain, adrenaline and endorphins are released. The body reacts to this chemical release physically by causing the pupils to change size.

What other effects does cocaine have on the eyes?

Though cocaine eyes are a clear identifier of drug use, cocaine also presents a wide range of short- and long-term problems to the eyes such as:

What else does cocaine do to the body?

As cocaine is a stimulant, it causes a huge surge of dopamine to be released in the brain. This dopamine release is why many people high on cocaine appear chatty, happy, and confident.

The euphoric effects of cocaine are very short-lived which makes the user want to keep consuming the substance over and over again.

This pattern of binge consumption can lead to irreversible damage to the brain and body.

Because of its addictive nature, cocaine has a high potential for abuse. Prolonged use by snorting the drug can cause damage to nasal tissue and even lead to nasal collapse.

By abusing cocaine, you could be restricting blood flow to the septum causing a perforation that requires surgery to correct.

The effects that cocaine has inside the brain can cause long-term problems such as loss of function in the orbitofrontal cortex. This area of the brain is responsible for decision making and reasoning.

Without this, it can make a person unable to stop further cocaine use.

Damage to the orbitofrontal cortex can also cause extreme anger, violent episodes, psychosis, and hallucinations to present in both former and current cocaine users. [3]

Find out how long cocaine stays in your system.

What are the signs of cocaine use?

If you are worried about a friend or loved one’s behaviour and believe they are facing a cocaine addiction, we recommend you understand more about the signs and symptoms of cocaine use.

Cocaine eyes are often a huge indication of drug use as they make the eyes appear a lot larger than usual.

As well as bloodshot whites, dilated pupils are often a tell-tale sign of cocaine consumption.

Alongside this, have you noticed any of the following?

Cocaine use is typically categorised through behavioural changes. This is because it isn’t a physically addictive substance like other Class A drugs.

Family and friends are often the first to notice personality changes such as irritability and depression.

Because cocaine produces such high levels of dopamine and a sense of well-being, when a person cannot access the drug, they begin to feel very low leading to poor physical and mental health.

All of the above and more are signs of frequent cocaine use and it is important to notice them before it’s too late.

By contacting Rehab 4 Addiction, we can help you or your loved one, whether it is through a self-referral or an intervention, our team are here to offer support.

What are my options for treatment?

To avoid permanent, irreversible damage to the eyes and body, we recommend seeking professional treatment through a cocaine rehabilitation facility.

Your treatment options include:

Cocaine is such an addictive substance that even one-time use can trigger a pattern of substance misuse.

However, with the right care, it is possible to overcome your addiction and lead a life free from the clutches of cocaine.

At Rehab 4 Addiction, we understand that treatment isn’t a one-size-fits-all approach. We work hard to offer tailored treatment programmes and understand our client’s needs on a personal basis.

We offer both inpatient and outpatient cocaine addiction treatment and can help talk you through the differences when you call our team.

Depending on your routine and the severity of your addiction, one form of treatment will be more fitting than the other. [4]

If you are ready to end your addiction, call us today on 0800 140 4690. Our friendly team of helpline advisers are ready and waiting to take your call.

Cocaine use can have devastating effects on your physical and mental health. Prolonged substance misuse is closely linked to long-term vision problems and irreversible damage to the eyes.

If you have been debating seeking treatment, we urge you to reach out as soon as possible. It is not too late for you to receive help.

Don’t let cocaine rule your life and ruin your health, take steps towards sobriety today. We can offer intensive and high-quality care for yourself or your loved one.

[1] Deaths related to drug poisoning in England and Wales: 2020 registrations

[2] Substance Use Disorder and the Risk of Open-angle Glaucoma https://journals.lww.com/glaucomajournal/Abstract/2011/09000/Substance_Use_Disorder_and_the_Risk_of_Open_angle.9.aspx

[4] Day versus inpatient treatment for cocaine dependence: An experimental comparison

Table of Contents
1. What is cocaine?
2. What do ‘cocaine eyes’ look like?
3. What other effects does cocaine have on the eyes?
4. What else does cocaine do to the body?
5. What are the signs of cocaine use?
6. What are my options for treatment?
7. Contact Rehab 4 Addiction today
8. References