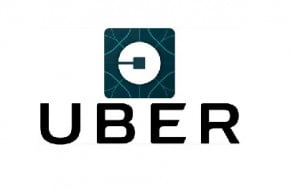 In this post, we argue that the use of Uber helps to reduce the temptation to drink and drive. Clearly, Uber makes it much easier to catch a ride during times of the day or night when young people might be tempted to drink and drive.

Drink driving incidents have declined amongst young people in cities where Uber has been rolled-out. The first city to benefit in this way was San Francisco back in 2011.

One study by the City University of New York Graduate Center illustrated that in four New York City boroughs, drink driving incidents decreased by 25-35% since 2011, and it’s probably no coincidence that Uber rolled out its service in New York City in 2011.

This equates to around 40 fewer collision incidents per month! That’s a significant benefit in our eyes.

Jessica Lynn Peck from the City University of New York Graduate Center who published this study said: “We need more evidence, but the trend seems to be pointing toward ridesharing reducing drunk driving incidents”.

A separate study published in 2015 by Temple University found that in areas where Uber was rolled out, there was an associated decrease in vehicle accidents in California.

Yet another study by West Carolina University found a reduction in fatal car accidents in areas where Uber had been rolled out in the United States.

Why is this so?

All these studies point out that Uber usage tends to peak during the time when drink driving also peaks. It is probably due to the fact that people under the influence of alcohol will prevent themselves from driving home because it’s simply easier to call a ride off Uber.

Why we encourage the use of Uber

At Rehab 4 Addiction, we are not affiliated to Uber in any way. We do not wish to be accused of promoting Uber due to some sort of imaginary financial incentive. We are merely promoting Uber because we believe the use of Uber is preventing the occurrence of drink driving.

Uber has somewhat become a victim of its own success. Here in London, Uber has seen its licence to operate within the City completely removed. This is arguably due to the fact that Uber has upset the applecart by competing with taxi firms.

The ‘taxi lobby’ has played over-exaggerated safety and vetting concerns to its own advantage, and it remains to be seen when Uber may return to our capital.

Below, we share an infographic that seeks to address many of the concerns people may hold towards using Uber. This infographic also puts fear-mongering regarding Uber firmly in its place. This infographic achieves this aim by outlining the steps Uber has taken to ensure its service is safe for all.

“How safe is Uber” infographic