You are probably aware of the fact that medicinal cannabis is set to be legalised in the UK from 1st November 2018.

It’s unclear what the practical implications this change in the law will mean.

This change in the law reflects the fact that cannabis does offer a range of therapeutic benefits for people suffering from illnesses such as epilepsy, arthritis and cancer.

How the law is changing

Specifically, cannabis will remain a Class 2 controlled substance under the Misuse of Drugs Regulations 2012. However, it will, from 1st November 2018, be entered into Schedule 2 of the Regulations. All drugs contained in Schedule 2 are allowed to be used for medical purposes. The law change will not, however, allow you to use cannabis for recreational purposes.

Also, the law will not allow you to use ‘raw cannabis of unknown composition’. This means the cannabis that will legally be allowed for medicinal purposes must be received from legally permitted sources.

It’s likely the law will only allow cannabis oils to be consumed. It’s still unclear what will constitute a ‘cannabis-derived medical product’, but commentators don’t believe this will extend to cannabis leaves that can be smoked. Cannabis leaves contain much more THC than cannabis oils. THC is the psychoactive agent within cannabis that allows you to feel ‘high’ when under its influence.

Like all laws, the courts will ultimately be left to interpret the wording of this legislation, so expect high-profile cases to follow in due course.

Under the current law, cannabis oil is only prescribed in exceptional cases. The permission of an expert medical panel must first be sought before cannabis oil is allowed to be prescribed. The upcoming legislation entirely scraps this requirement.

Instead, cannabis is to be prescribed by a ‘specialist doctor’ where no other licenced products can meet the patient’s needs. A specialist doctor could be a neurologist, who may specialise in treating epilepsy.

Illnesses cannabis is able to treat

A list of illnesses and disorders that are likely to be treated by cannabis-derived products include:

To discover the public’s reaction to this law change, we surveyed over 1500 people over 60 years of age using Facebook.  This surveys opinions as of October 2018.

Below, we outline the results of this survey:

1. A massive 80% of people said they would take advantage of the change in the law: 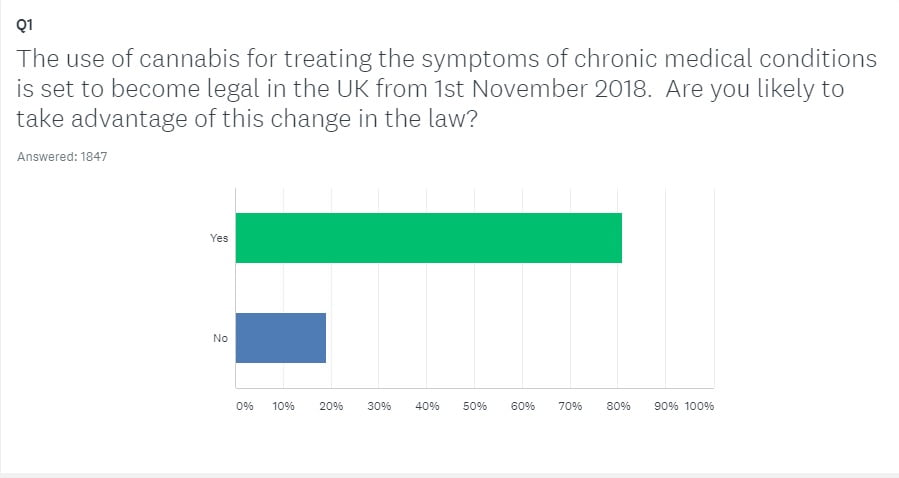 2. Almost 100% of people said they would consider asking their doctor if they had a serious health condition that responded to cannabis. 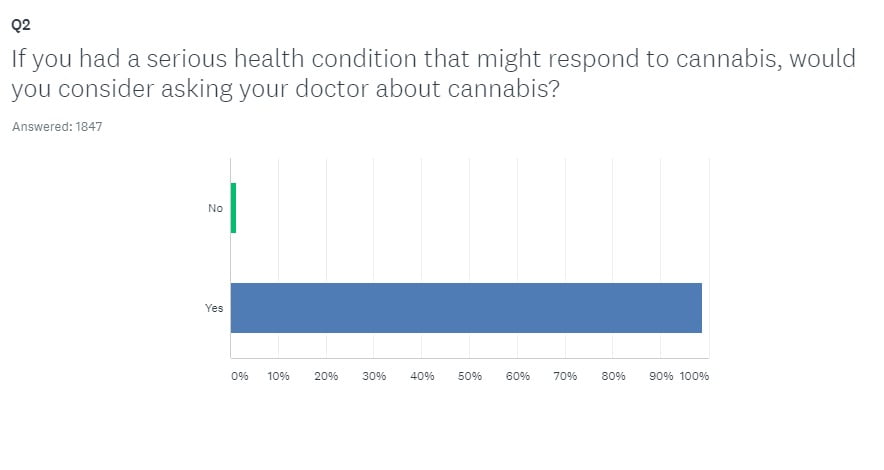 3. 29% of people said they would use cannabis to treat sleeping problems. This could mean a lot more people request to be prescribed cannabis that what was expected: 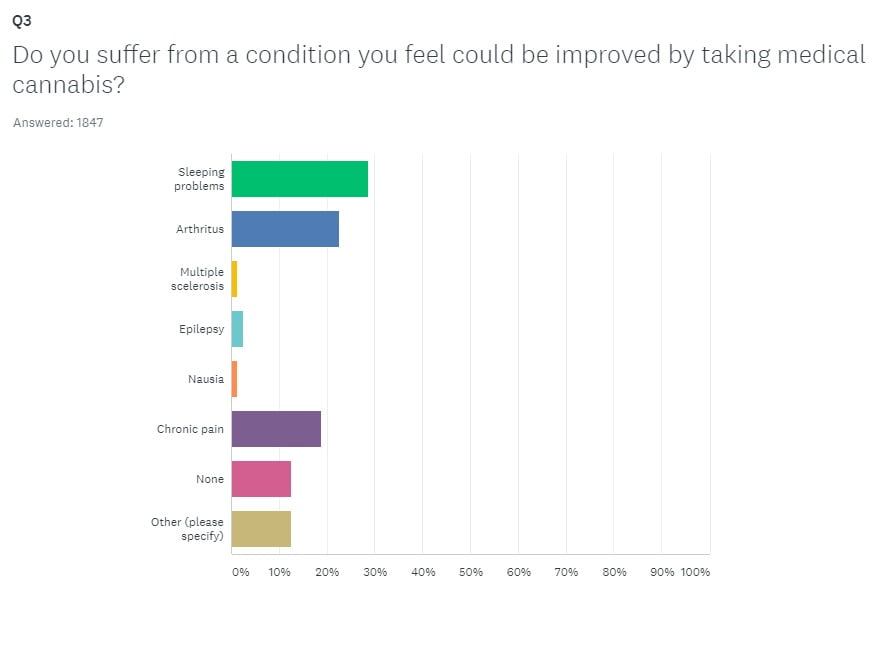 4. 84% of those surveyed said they strongly agreed with cannabis being made legal for medical purposes: 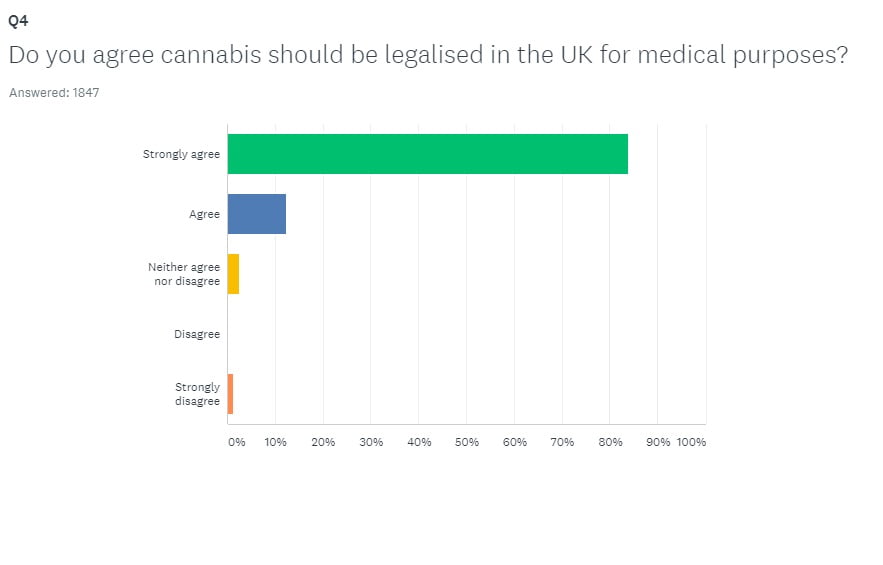 5. Interestingly, only 31% said they agreed with cannabis being made legal for recreational purposes, so there is clearly much less support compared to using cannabis for medical purposes: 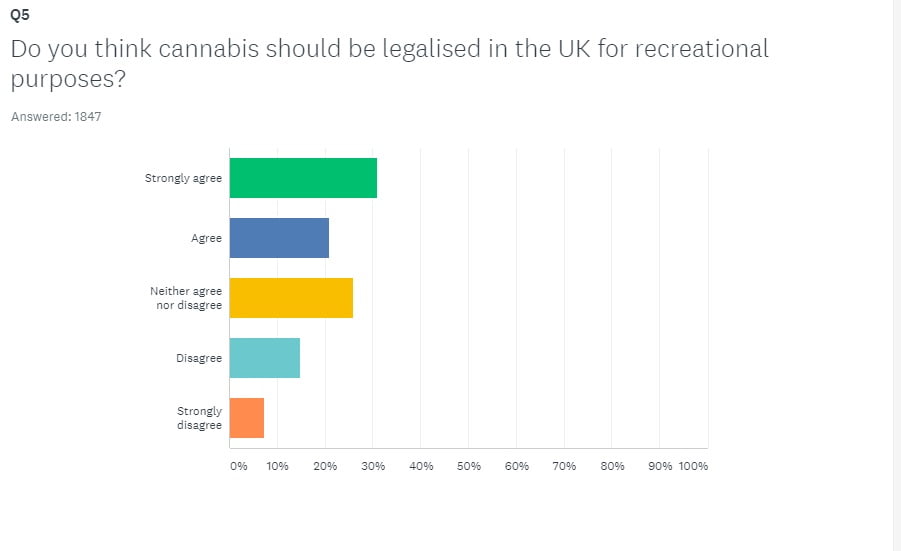 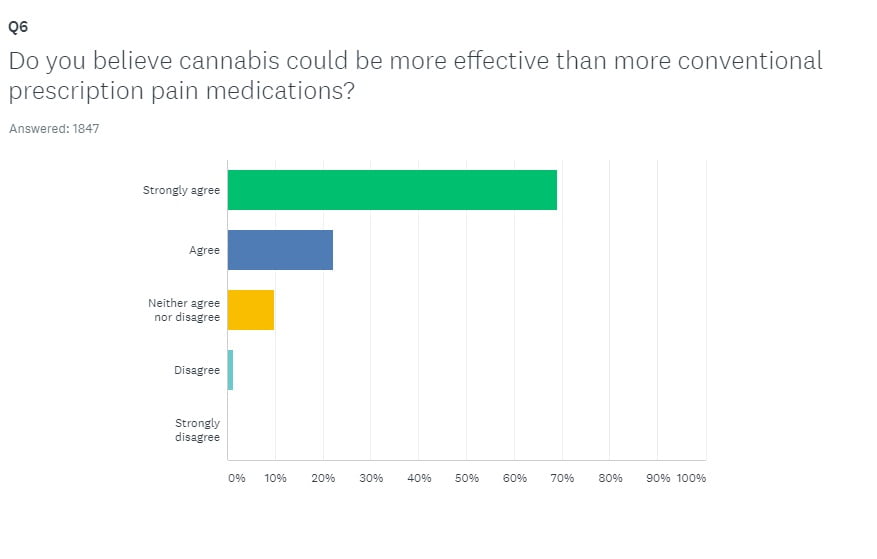 7.  Lastly, the survey asked, “What are your main concerns about using medical cannabis?”  Below, we list a few of the many answers we received:

Table of Contents
1. How the law is changing
2. Illnesses cannabis is able to treat
3. Medicinal cannabis survey 2018