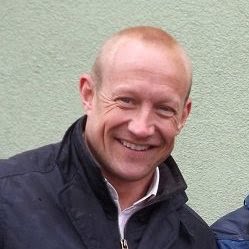 This article
was written by Oliver Clark

Rehab 4 Addiction is a national helpline for people experiencing difficulties with drug and alcohol addiction.

Each year, we receive thousands of calls from students experiencing issues with addiction.

For this reason, we have decided to pull together our knowledge in this field by offering this guide specifically for students.

The majority of people who work at Rehab 4 Addiction have been through the University system themselves. Many of us experienced addiction first hand whilst we went to either university or college. This means we understand exactly what students are going through when an addiction to alcohol or drugs arises during this important period of their lives.

If you are a student suffering from an addiction to drugs or alcohol, it is important to seek out help sooner rather than later. If you do not seek out help, it is likely that your studies will be significantly disrupted. Not seeking out help will also mean your addiction will inflict damage upon your physical and mental state of being.

The causes of addiction amongst students

This newfound independence opens up unfamiliar choices and a minority of students will unfortunately and often unintentionally take action that causes them to experience drug or alcohol addiction.

Another cause of addiction amongst students is the availability of drugs and alcohol in major UK towns and cities. Universities are also well known to generate revenue by selling alcohol to their students. These factors have meant many universities have become breeding grounds for drug and alcohol addiction.

Newfound independence coupled with the wide availability of drugs and alcohol, unfortunately, means many thousands of students will develop an addiction to drugs or alcohol each year.

At Rehab 4 Addiction, we feel educational establishments should do more to warn students of these risks. Making students better aware of these risks will prevent many from developing an addiction in the first instance.

Types of drugs students are likely to abuse

It seems fair to say that students are more at risk of developing an addiction to certain types of drugs due to the social nature of these drugs. Below, we identify the specific drugs that are commonly consumed at universities and colleges around the UK.

Depressants include drugs such as cannabis, benzodiazepines, and alcohol. Depressants are so-called because they ‘depress’ the central nervous system. This causes everything to slow down. When students consume depressants, they will feel less motivated to attend lectures and seminars. Depressants thus negatively impact students’ studies and overall academic performance.

Depressants affect students’ mental health in many different ways. For instance, using depressants such as alcohol is known to cause anxiety and depression.

Alcohol is also toxic to the liver and the kidneys. When students are under the influence of alcohol, they are also more likely to become involved in an accident and to be the victim of criminal acts. This is explored in detail below.

Stimulants have the opposite effect of depressants. This means stimulants speed everything up. Stimulants increase alertness and energy levels. Ironically, students are known to abuse stimulants to actually improve academic performance. Some students have been known to abuse ‘legal highs’ that are stimulants.

Many of these drugs are untested and manufactured in China and India where no quality control is put in place.

Many stimulants are illegal and highly dangerous. This includes cocaine, crystal meth, speed, and ecstasy.

Hallucinogens include LSD and magic mushrooms. Hallucinogens cause users to hallucinate. Many students abuse hallucinogens because they associate these drugs with new experiences and as an expression of independence. Many hallucinogens are not addictive. However, hallucinogens may cause long-term mental health problems such as psychosis and schizophrenia.

The negative effects of addiction for students

Below, we list many of the negative effects that occur when student addiction arises. We hope the below will serve to inform students of the risks they are exposed to when they chose to experiment with drugs and alcohol.

We feel it is obvious to say that drug and alcohol abuse will undoubtedly affect students’ academic performance for the worse. Each year, thousands of students must re-sit an entire year of university because they failed exams due to drug and alcohol abuse. Much more will receive poor grades because their academic performance was hindered by their addiction.

Drug and alcohol abuse also increases the chances of a student engaging in criminal acts. These acts include vandalism, urinating in public places, assault, and driving whilst under the influence of either drugs or alcohol.

3. Becoming the victim of crime

When students are under the influence of drugs or alcohol, they are also more likely to engage in unplanned sexual encounters. This may lead to unplanned pregnancies and becoming infected with a sexually transmitted disease.

Drug and alcohol use also causes users to feel more self-confident. This may result in users exposing themselves to dangerous situations in an attempt to impress their peers.

Health complications arising from drug and alcohol abuse include:

Now we have explored the causes and effects of student addiction, we now offer up practical advice to help students either avoid or mitigate drug and alcohol addiction. We offer this advice to educators, parents, and students themselves.

1. Preparing young people for life away from home

We feel it is important for schools and parents to better prepare students for the shock of beginning studies in a foreign environment. This includes preparing students for the newfound freedoms they will experience when they relocate in a different city or town. Offering up this education will help young people avoid taking advantage of their independence in ways that will negatively impact their health and their studies.

3. Expelling drug deals and limiting the sale of alcohol on campus

Many universities simply do not do enough to expel drug deals from their campuses. Some students will choose to make an income from selling drugs to other students. It’s important for universities to employ tactics to try to eliminate this practice from their campuses. This could include installing CCTV equipment around campus and employing security guards to enforce a strict no-drugs policy. The police should always be informed when university officials suspect the sale of illicit drugs on their campuses.

To learn how Rehab 4 Addiction is able to assist you or your loved one through an addiction to drugs or alcohol, contact our team today on 0800 140 4690. Each year, Rehab 4 Addiction helps thousands of students and their families in locating addiction treatment that’s right for their needs.

Oliver started writing for Rehab 4 Addiction over five years ago. Oliver has been in recovery for more than twenty years. Oliver contributes to a range of 12-step and non-step support groups both in London and across the United Kingdom.