Alcoholism and Schizophrenia – What You Need To Know 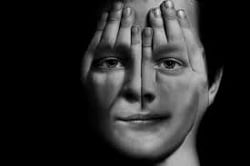 Schizophrenia is a mental condition that influences how you feel, think and perceive the world around you.

And although schizophrenia is not a very common form of mental disorder, the truth of the matter is that its symptoms can be debilitating, especially if not well-managed.

Unfortunately, those living with this condition are also highly susceptible to drug abuse.

By far the most common form of drug abused by those with schizophrenia is alcohol.

In fact, it is believed that every one in three schizophrenia sufferers will develop a dependency on alcohol.

The other commonly abused drugs by this group include:

For instance, it’s 44% of cigarettes in the US are purchased by people suffering with a psychiatric disorder.

A huge 70% of those suffering with schizophrenia are also nicotine-dependent.

Why Those With Schizophrenia Should Not Drink

Alcohol interacts with Schizophrenia and temporarily masks its symptoms. As such, when a person living with the condition takes alcohol, they tend to experience temporary relief.

One thing worth keeping in mind is that alcohol is a form of central nervous system depressant. It makes one less aware of their surroundings.

That is why some people opt for it as a way to cope with challenging times in life.

The same applies to Schizophrenics. Thanks to alcohol’s ability to dull the senses, most people find it relaxing to consume it.

They also get the perception that drinking gives them a break from the day-to-day stresses they often have to keep up with in life.

Another aspect of alcohol that makes it quite popular among people living with this condition is that it has euphoric effects.

In other words, it causes euphoria with the overall effect being an increment in pleasure and excitement.

In general, alcohol creates a reward mechanism in the brain of the person abusing it and this makes them more likely to drink it.

On the flip side, though, this consequent increment in alcohol intake leads to the development of alcohol-abuse related disorders such as AUD (Alcohol Use Disorder).

One symptom of AUD is that the individual feels like they cannot function normally if they don’t take their daily supply of alcohol.

Alcohol use disorder is categorized into three levels:

The most unfortunate thing is that alcohol affects the levels of dopamine in the brain.

And while this is associated with temporary feel-good effects, it also tends to create a certain level of dependency and this can get dangerous if not addressed in good time.

Individuals who are hooked to alcohol use feel that they cannot live without it.

They feel that they need to take alcohol to fulfil their career goals, settle personal issues, and enjoy life.

However, over time, the demerits of this approach heavily outweigh the merits and could easily lead to lifelong complications.

Generally, alcohol abuse has similar negative effects on persons living with schizophrenia as it does to other types of alcoholics.

Some of these adverse effects include the ones discussed below.

Different people react differently to alcohol. While a few people are usually able to limit their alcohol intake, most of them normally have serious challenges practising self-control.

In order to get a clearer understanding of what constitutes alcoholism, it is important to understand a few aspects of the drink. Just one typical bottle of beer contains approximately 5 per cent alcohol.

A 5-fluid ounce of wine comes with 12 per cent alcohol.

So, you might be taking only a few glasses of wine but end up with more alcohol in your system than a person taking a few bottles of beer.

A person who takes one and a half ounces of distilled spirits e.g. Vodka, Whisky or Tequila, on the other hand, will end up taking 40 per cent alcohol content.

That’s almost 8 times as much as what a person taking a similar amount of beer would take.

At the end of the day, no matter the form of the alcoholic drink one takes, the effects can be quite negative.

That’s because the overall effects of alcohol can be aggravated by a number of risk factors which may include:

Persons living with schizophrenia are at a greater risk of suffering from alcoholism, unlike people without it.

And when a person develops both, experts refer to the two disorders as being “co-occurring.”

Some of the key reasons behind co-occurrence include:

And this makes it particularly difficult for schizophrenics to recover from it.

In fact, parts of the brain that are responsible for regulating emotions might become dysfunctional.

Also, someone who suffers from the two may face difficulties related to impulse control and decision-making abilities.

This can leave them even more vulnerable to participating in problematic drinking or even self-destructive habits.

Alcohol Effects on the Body

The effects of alcohol in your body are normally felt inside out.

Most of the effects are, however, internal and because we are unable to see our internal organs, it’s possible to underestimate the impact alcoholism has.

In fact, some of the adverse effects are not felt until much later in life making them completely difficult to reverse.

Here is a look at how alcoholism potentially affects the different organs of your body.

The effects of taking alcohol on your brain can be both short-term and long-term. The temporary effects include loss of coordination and memory loss. Prolonged consumption of alcohol can significantly and irreversibly affect the brain structure.

This alone can lead to the damage of the cerebral cortex and the limbic system leading to a breakdown in the key pathways of brain communication.

And, therefore, the long-term effects of it failing might include loss of balance and difficulties in emotional response.

Alcohol takes a significant toll on your heart. First and foremost, alcohol increases the levels of triglycerides in your blood leading to a greater risk of the veins capacity reducing. This may reduce the amount of oxygen flowing to the heart thereby increasing one’s risk of stroke.

Of all the body organs, it’s the liver that suffers the most when excessive alcohol is taken. Too much alcohol in the body overwhelms the metabolic processes in the body and this, further, leads to the formation of a fatty liver.

This is a key component of the digestive system. It is directly involved in the regulation of the blood sugar levels. The long-term effects of alcohol use are that it can cause the swelling of blood vessels leading to the liver. This can eventually cause pancreatitis.

People with this condition are also highly likely to end up with pancreatic cancer. This is a dangerous form of cancer that develops rapidly.

The Dangers of Schizophrenic-Related Alcoholism

The symptoms of alcoholism and schizophrenia worsen each other. In fact, alcohol consumption in the long-run often leads to a significant increment in one’s schizophrenic psychotic symptoms. This further slows down decision-making processes.

Also, when a person is under the influence of alcohol, they are much more likely to be involved in hazardous behaviours.

So, in addition to endangering your health, this habit can increase one’s likelihood of engaging in violent activities which further increases the likelihood of suffering bodily harm.

It is also worth noting that schizophrenia may increase the probability of one ending up homeless, relationship issues and even occupational performance issues.

And when one is struggling with this condition, the probability of facing negative outcomes when taking alcohol is quadrupled.

And to make matters worse, alcohol consumption negatively affects schizophrenia treatment. That’s because alcohol is a CNS depressant meaning that it slows down important body functions.

When mixed with schizophrenia medication, alcohol can lead to life-threatening effects.

When to Get Help

You don’t have to wait until it’s too late to get help. As we have already discussed above, some of the long-term effects of alcoholism are actually irreversible. So, the earlier you seek help for these co-occurring disorders, the better.

Schizophrenia is typically treated with antipsychotic medications combined with behavioural therapies. Such therapies can help you cope better with life and also leave you with important life skills.

When the effects of schizophrenia are worsened by alcoholism, a special kind of treatment approach is typically recommended. In that case, an integrated and simultaneous recovery approach is preferred to ensure that the effects of both disorders are taken into account.

Just focusing on schizophrenia treatment alone would not work. That’s why a good treatment method is one that also addresses the underlying alcoholism challenge as well.

Taking the Next Step

Not all addiction treatment centres near you understand how to deal with co-occurring disorders. So, be sure to work with a facility that understands how to provide an integrative treatment approach.

It is also important to ensure that your facility of choice works with well-trained and compassionate professionals.  A well-thought-out recovery plan will help provide lifelong recovery and diminish relapse.

But the best way to start this journey to recovery is by first getting a full assessment done. This is done privately and at your convenience. It is meant to help recovery experts get a better understanding of your condition so they can manage it better.

And that way, you can be put in the right kind of environment so you’re ready to return to your normal, productive, and healthy life soon.