A Guide to New Psychoactive Substances 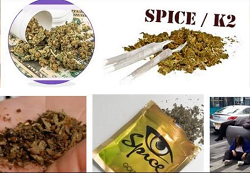 A term often coined as ‘legal highs’ is an old term that’s now unarguably a misnomer. A better term would be ‘New Psychoactive Substances’. The term ‘legal highs’ is now a misnomer given the fact that most of the drugs which make up the group are now illegal.

These drugs include a variety of drugs that attempt to mimic the effects of ‘old school drugs’ such as cocaine, cannabis, and ecstasy. After the passage of the Psychoactive Substance Act 2016,  ‘legal highs’ became illegal for sale, supplier, import, and for production in the UK.

The term ‘New Psychoactive Substance’ is one which is coined more regularly today. Although ‘legal highs’ is still used, this is namely because of the familiarity with the term amongst the UK public.

And, today, none of these drugs are legal, for personal use or for sale.

There’s not enough that’s known in the industry surrounding these drugs. Because of this, it is nearly impossible to determine the effect they’ll have on users.

Little is known surrounding how potent the drugs are, what the effects are, and how deadly or dangerous they are if mixed with alcohol or prescription medications.

Although the packaging does contain a list of ingredients, the fact that these New Psychoactive Substances are illegal, makes it impossible to know that those are the actual ingredients which are contained in the substances. Therefore, it’s impossible to understand how one’s body is going to react when they’re taken.

How are New Psychoactive Substances marketed?

Today, these substances are coined under many different names including:

There have been many negative reactions linked to these drugs, and many users have been hospitalised because of use. In fact, some deaths have been linked to the use of these substances as well.

There are four major categories under which these substances fall including psychedelics (a hallucinogen), stimulants, downers, and synthetic cannabinoids.

How do they Look?

The appearance of New Psychoactive Substances come in a variety of forms. They’re available in pill form, powder, capsules, liquids, and perforated tablets, among other forms.

Bright colours and catchy slogans are often plastered on the exterior to get the purchaser’s attention.

Powder-forms have a flour-like consistency and can range from yellow to brown to white in colour. The capsule and pill form is also available in multiple sizes and colours.

There’s also a smoking mixture available. These come in brightly coloured packages and mimic the appearance of herbs. Cannabinoids also include herbs or plant mixtures in the blend. Packaging will vary for each of the different New Psychoactive Substances.

How are they Used?

When using powder, pills, or capsules, users often snort or swallow the New Psychoactive Substances. Some also inject the drug. Because this is a higher potency, it can result in overdose and is the most likely form to lead to death.

Blood clotting or infections might also develop if the veins are improperly injected when using New Psychoactive Substances.

Are there any side effects to New Psychoactive Substances?

Again, there are four main categories of New Psychoactive Substances which include downers, stimulants, synthetic cannabinoids, and hallucinogenics.

Depending on which of the categories users fall into, the effects are going to vary.

These are some of the effects users can expect when they are using New Psychoactive Substances.

How About the Risks?

Like side effects, there are risks associated with New Psychoactive Substances. Since you can’t be sure of what ‘legal high’ you’ve bought, or what’s in them, it’s hard to determine exactly which of the risks you are going to experience. When using a stimulant, for example, you might feel overly confident. It can also have an adverse effect on your heart and your nervous system. You might experience cold or flu symptoms with the use of stimulants as well.

With downers or sedatives, you’ll feel forgetful, and you might experience slowed-down reaction times. Withdrawal symptoms are also common, especially with heavy users of these drugs.

With hallucinogens, confusion, panic, and erratic behaviour are often associated with these New Psychoactive Substances. They can also put you in a position to act dangerously or carelessly.

Lastly, synthetic cannabinoids could lead to severe, life-threatening intoxication. High blood pressure, swelling, and sweating are the common risks users might experience on these drugs.

Selling or giving them away to friends was also made illegal under the act. Under the Misuse Drug Act, there are three categories (A, B, C) under the legislation.

There are currently 17 illegal (and legal) named drugs in England and Wales, which will constitute as ‘driving while impaired’ if users are found to have these substances in their system.

Low limits are in place for MDMA, cannabis, and drugs like cocaine. To avoid a hefty fine, and possible jail time, it’s best to avoid using these drugs when maneuvering a vehicle, or at any time, as they’re illegal in the countries.

Don’t wait until you or your loved one reach crisis point. If you have a sensory impairment and are facing addiction, our friendly supportive staff can help.

Contact us today to discuss the options that are available, from normal rehab centres to those that can provide individualised treatments that consider your disability and fulfil all your requirements.  You can contact us on 0800 140 4690.  Alternatively, you may contact us via this website.