What is Sober September? 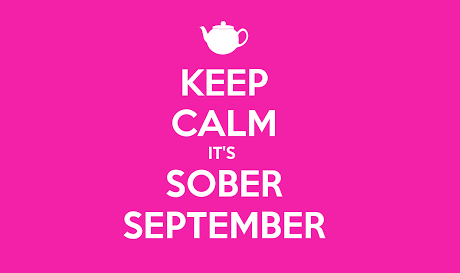 In a world where alcohol is prevalent and nearly always within reach, many are rediscovering the benefits of abstaining from their usual gin and tonics for one month out of the year.

It’s being called “Sober September,” and it’s reminding both young and old alike how advantageous it can be to set aside the bottle, reconnecting with sobriety and the peace of mind and revitalised health that come along with it.

“Sober September” traces its roots to the realm of social media, where a hashtag going by the same name exploded in popularity, drawing the attention of countless young people and sparking a renewed sense of curiosity over all that sober life has to offer.

This guide will help you decipher what Sober September is, why it has gained in popularity, and what benefits Sober Sobriety can give for those who choose to take part in it.

Finding its place among other month-long anti-drinking holidays that include “Dry January” and “Sober October,” Sober September is now viewed by college students as a prime opportunity to prepare for an upcoming school year and numerous holidays that involve festivities or social gatherings encouraging the consumption of alcohol.

Exhausted by summer months spent partying and over-drinking, students in the U.K. and the U.S. are learning to appreciate all that a month apart from alcohol can give them.

In the U.K., it is widely believed that the charity organisation Cancer Research UK may be responsible for the adoption of Sober September by the populace, thanks to their recommendation that a month free from alcohol can lead to increased overall health and raise awareness of cancer (something they have deemed a “Dryathlon”). [1]

The website Yahoo and the ABC television show Good Morning America’s website are also speculated as to the sources for spreading the word of Sober September throughout the United States, mentioning why it’s a great option for those who’ve had too much to drink over the summertime. [2] [3]

Why Take Part in Sober September?

While it may be difficult for some to imagine quitting alcohol for an entire month, or what might cause a person to do so, one alarming study released by the Centers for Disease Control in the United States found that alcohol-related causes were responsible for over 80,000 deaths in the U.S. between the years of 2006 and 2010.[4]

This number includes over 35,000 males and 14,000 females, and is cited by the National Institute on Alcohol Abuse and Alcoholism as the third-leading cause of preventable death within the United States! [5]

Backed by these studies, it would appear that those choosing to partake in Sober September rather than a routine nightcap have little to lose and much to gain by doing so.

Also, It may be only the beginning for the phenomena, as several organisations throughout the U.S. and the U.K. continue to take up the banner of Sober September and champion its main cause.

Other than the numerous health benefits associated with abstaining from alcohol for a month, being sober can also place your professional and mental trajectory on a better path, leading to an increase in workplace success and better decision-making overall.

Studies cited by the European World Health Organization show that alcoholism has a strong correlation with employee absenteeism and unemployment, as well as impaired productivity and reduced academic performance among students. [6]

Foregoing alcohol for even a single month has the potential to bring along with it a renewed sense of optimism and bring a halt to the excesses and burdens alcohol can place upon one’s personal and professional lives.

Taking part in Sober September can give those who drink regularly a chance to take control of their finances, view life in a new light, or simply improve their well-being and daily life.

How to Make the Most of Sober September

With a well-rounded understanding of what Sober September is and how it could improve people’s lives, what are some of the best ways to get the most from it?

For starters, it helps to set realistic goals and expectations, approaching the month of September with an open mind and a positive outlook.

One good idea is to list all the reasons why you choose to drink, then come up with another list of everything you hope to gain by simply saying “no” for a month.

With a bit of brainstorming, you’re sure to produce many reasons why it makes sense to fit Sober September into your schedule and give yourself the right attitude for success.

A few other key tips include staying focused and resisting cravings. Rather than instinctively reaching for the bottle, discover new ways to channel urges.

This could mean long conversations with a close friend, regular physical activities (such as jogging or jumping-jacks), or even learning how to cook and watching a new season of your favourite television show.

You’ll be astounded by how much you can accomplish when you shift your time, attention, and resources away from alcohol and on to the things that you value most.

Spending time with pets is another great outlet, all the while being sure to maintain a positive outlook and staying proud of the goals you’ve set out to achieve.

The Body of Research on Alcoholism

The negative effects of alcohol are so numerous, it could easily be viewed as a plague or predator upon humanity. Worse still, after a person has fallen victim to alcoholism, the road to a full recovery can often be arduous and filled with pain and hardship.

Relapse of addicts and alcoholics alike is so common, that a 2013 study conducted by the Journal of the American Medical Association (JAMA) found that anywhere from 40% to 60% of alcoholics who have been treated for their conditions ended up relapsing within a single year. [7]

Drinking too much alcohol has also been tied to conditions including anxiety, insomnia, or increased potential for suicide.

In stark contrast to these reports, one comprehensive study conducted by the University of Sussex within the U.K. regarding the concept of “Dry January” (another month-long hiatus from the world’s choice elixir) revealed that taking a break from alcohol for a month can produce improvements in the economic lives of participants, with 88% reporting that they had saved money and 70% reporting a general improvement in health. [8]

Also, by the time August had rolled around, many of the Dry January participants were still abstaining from alcohol or drinking significantly less.

With all of the evidence and research at our disposal, it can be confidently and conclusively stated that there are many potential benefits to be achieved through participation in Sober September that are based on research and statistics, not just theory.

Key Takeaways and Lessons to Learn from Sober September

There are many rewards and insights to be gained by removing alcohol from daily life for a month, some of which may be obvious, while others are less so.

You may find that non-alcoholic drinks are just as enjoyable as the real thing, or that the feelings you used to get from drinking can just as easily be had by running or regular exercise.

You may also find that at first, the task of staying away from alcohol seems nearly impossible, but after a few short weeks things get easier, and alcohol becomes further from your mind or desires.

Finding alternatives to alcohol can bring a brand new sense of power and control over the events and course of your life, leaving it up to you to decide how to spend your money, interact with loved ones, or bring about a better and more rewarding lifestyle.

In the process of Sober September, you can also discover what exactly it is that drives you to drink, whether it be the feeling it brings, enhanced social interactions, or simply the chance to fit in with society and co-workers.

Having this increased awareness about what makes you drink can give you more control over how, when, and why you choose to partake in alcohol.

. At the end of the day, Sober September is about making better decisions and allowing oneself to experience life alcohol-free, which may be just what is needed to view life in a new perspective.

After going through what exactly Sober September is, why many choose to take part in it, and how exactly it can help regular and occasional drinkers, it’s no surprise there are still many who will question or even laugh at the prospect of a Sober September.

However, as Julius Cesar himself is credited with stating, “Experience is the teacher of all things”.

Only by taking up the challenge of a Sober September for ourselves can we truly discover all that can be gained from a month void of our favourite boozy beverages.

This is, after all, what matters most; looking for the positives and applying them in each individual life and circumstances.

With a world increasingly bent toward promoting drunkenness as a way of dealing with problems, meeting new friends, or finding a date, Sober September may be the perfect opportunity to buck the trend and empower us to attain a healthier way of life.

For students or college-aged people, taking a break from drinking can draw them nearer to family members, giving them the opportunity to experience a world away from parties or inebriation.

For older and more experienced drinkers who’ve drunk alcohol for years without giving it a second thought, having a Sober September can awake them to all that life away from bars and bottles has to offer.

Whatever the motivation, Sober September is a phenomenon that promises to bring many from all walks of life to re-examine their decisions and make improvements in both spending habits and health-related choices to better their own lives and society as a whole.

2. Kindelan, Katie. “Sober September’ is here: What can taking a month off from drinking do for your body?” Yahoo! News, Verizon Communications Inc., 5 September 2018, https://www.yahoo.com/gma/sober-september-taking-month-off-drinking-body-081306150–abc-news-wellness.html

3. Kindelan, Katie. “Sober September’ is here: What can taking a month off from drinking do for your body?” Good Morning America, American Broadcasting Corporation, 5 September 2018, https://www.goodmorningamerica.com/wellness/story/sober-september-taking-month-off-drinking-body-57595077