Alcoholism is known by several names, including alcohol dependency, alcohol use disorder, and alcohol addiction. It is a chronic disease; the biggest symptom of this disease is uncontrollable drinking due to both a physical and emotional dependency.

Those who struggle with alcohol abuse will generally find themselves unable to stop even if it causes problems with their physical, emotional, financial, or relational health.

If someone with alcohol dependence stops drinking, they generally begin to feel withdrawal symptoms within eight hours of their last drink, and they do not reach their peak for two to three days.

Alcohol changes the way the body’s neurotransmitters transmit, move, and absorb within the brain. When someone drinks large amounts of alcohol on a regular basis, the brain begins to adapt to the changes until it cannot function normally without regular alcohol intake.

Because of this, when the brain stops receiving the alcohol, a number of uncomfortable and even dangerous symptoms manifest.

There are a few symptoms of alcohol withdrawal that are significantly more dangerous than others. The most severe include hypothermia, delirium tremens seizures, and cardiac arrhythmias.

According to a recent study, around 12.8% of people who have alcohol use disorder and go through withdrawal have at least one episode of either convulsions or delirium tremens. Withdrawal symptoms are an unpleasant part of recovery – but this should not put you off making that decision to improve your life forever.

Delirium tremens (DT) is one of the most severe forms of alcohol withdrawal that is categorised by confusion, hallucinations, tremors, agitation, and high fevers. Delirium tremens becomes significantly more fatal if paired with any of the other symptoms listed.

Additionally, sometimes DT symptoms do not show up for up to three days after someone stops drinking, which means they may believe they are safe and not seek proper medical attention.

If you or someone you love is experiencing the symptoms listed above and has recently stopped drinking alcohol after prolonged use, you should seek medical help immediately. 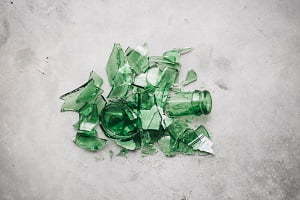 Is it possible to quit drinking alcohol ‘cold turkey?’

Going ‘cold turkey’ means to stop drinking completely, all at once, and without the aid of any professionals. Many people are tempted to go cold turkey once they decide they want to get sober because it sounds easiest and fastest. But the truth is treating alcohol use disorder this way is dangerous.

Alcohol can throw off the balance of healthy and unhealthy brain structures, which can lead to various mental health problems. When someone quits alcohol suddenly, they are left with an imbalance that can lead to extremely dangerous (not just uncomfortable) mental and physical symptoms.

In order for someone to avoid dangerous symptoms during alcohol detox and then learn how to cope without alcohol, they need the support of doctors and therapists. For this reason, most professionals highly recommend not quitting cold turkey.

The dangers of going ‘cold turkey’

When someone goes cold turkey, they are significantly more likely to experience the dangerous and even fatal symptoms of delirium tremens and withdrawal.

Furthermore, when you experience these withdrawals in a rehab or treatment centre, you are under the supervision of a team of medical professionals. They will be able to prescribe medications and treatments to ensure that you do not undergo any significant damage or die. Furthermore, they will be able to make you overall more comfortable throughout the process.

After the original detox and withdrawal are over, a person may suffer from what is known as PAWS or post-acute-withdrawal syndrome.

Symptoms of PAWS are usually only psychological and can persist for months or even years after someone stops drinking. PAWS symptoms usually come and go, and they can be triggered by certain situations, circumstances, or people.

Below we have listed what is known as mild and severe alcohol withdrawal symptoms. Most sensations are common and are to be expected during the detox phase. These include:

Below we have listed the most common and serious complications that can arise from alcohol withdrawal. If you experience any of the following during a cold turkey detox, seek immediate medical help.

The symptoms to look out for include:

The first six to twelve hours of alcohol detox can be unpleasant. But being aware of what to expect provides you with more opportunity to prepare for the process.

Symptoms you are expected to experience include:

From hour twelve to twenty-four, the following symptoms may manifest:

After 48 hours, the person may experience the following: 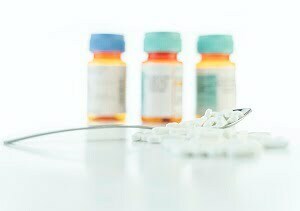 Taking a cold turkey approach to an alcohol use disorder is highly dangerous, and is often not recommended by medical professionals. There are however other options to detox from alcohol which include:

Tapering off is a longer process than going cold turkey, but it is safer if you do not want to do a medically assisted detox. It is the process of slowly decreasing the amount of alcohol you consume.

It is safer than cold turkey, but it still has a much lower success rate than medical detox and is not as safe.

This is the safest kind of detox and generally the most successful. During medical detox, an alcoholic goes and stays at a rehab centre so they can be monitored and cared for by a team of medical professionals.

Beyond monitoring, they also can prescribe medicine to minimise withdrawal symptoms to make you as comfortable as possible during the process.

A medically assisted detox is both more comfortable and safer. When there is a medical support team on hand, they will be able to monitor and immediately treat any symptoms that could be harmful or life-threatening.

Quitting alcohol cold turkey is dangerous, but people still attempt this form of detox for a variety of reasons. Below we have listed some of the most common questions people consider when contemplating their alcohol detox method.