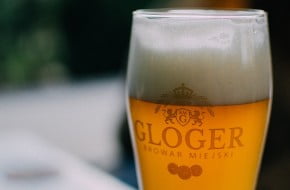 Alcoholism is chiefly characterised by an impaired control over the amount of alcohol you consume. You are said to be displaying a ‘pre-occupation’ with drinking alcohol. When you suffer from alcoholism, your tolerance to alcohol increases. This means you must consume ever greater quantities of alcohol in order to ease cravings for the drug.

Why is alcohol addictive?

Know that you know that alcohol is an addictive substance, you may wonder why it is addictive. The causes of alcoholism relate to the brain’s complex chemical makeup. When alcohol is exposed to the brain via the bloodstream, a number of changes take place. Essentially, alcohol affects a hodgepodge of chemicals in the brain. These chemicals mostly consist of neurotransmitters. Essentially, there exist two types of neurotransmitter: inhibitory and excitatory. The former allows you to calm down, whilst the latter allows you to focus and escape from danger.

Below, we shall outline each of the chemicals affected when alcohol is consumed.

When alcohol is consumed, dopamine is released. This makes you feel happy. Drinking lots of alcohol may also allow you to experience a state of intense pleasure. This is also known as euphoria. Alcohol also inhibits another neurotransmitter that controls cognition. This neurotransmitter is known as glutamate. When glutamate is inhibited, you will also experience calmness. It’s this combination of calmness and enhanced pleasure that makes alcohol so addictive.

The most amount of dopamine is released when you consume your first few drinks. The amount of dopamine released reduces with each drink you consume. This explains why you might not feel too happy after you have consumed ten pints of lager. This contrasts heavily with the way you felt after say the first or second alcoholic drink. You then ‘chase’ this feeling of happiness by consuming more and more alcohol.

When you abuse alcohol on a regular basis, you begin to diminish the brain’s ability to release dopamine. This will force you to feel depressed when you aren’t drinking alcohol. Even when you consume alcohol, you fail to generate the same feeling you remember when you first drank alcohol, perhaps many years in the past.

If you do not drink alcohol for six months, you will likely experience a sense of joy when you have the first drink following this long period of abstinence. This is because the brain’s ability to release dopamine is fully restored, and when you drink alcohol, you will experience a powerful release of dopamine. With each drink you consume after this point, the weaker this response will become.

Alcoholism actually harms the brain’s overall ability to produce dopamine. This is why people who suffer from alcoholism are much more likely to also suffer from depression.

Alcohol and the prefrontal cortex

GABA-A is a special type of inhibitory neurotransmitter. GABA-A stands for gamma-aminobutyric acid. When GABA-A is released, your feel more relaxed. GABA-A slows down the speed in which nerve cells may transmit information across the brain. The release of GABA-A explains why ‘drunk people’ slur their speech or may experience trouble when remembering events that took place whilst they were under the influence of alcohol.

GABA-A essentially sedates the brain. If you suffer from alcoholism, this sedated effect becomes the norm. When alcohol is removed, brain activity jolts. This causes a range of alcohol withdrawal symptoms such as a seizure and hallucinations. For these reasons, it’s highly advisable to undergo an alcohol detox programme under medically supervised conditions. During an alcohol detox programme, you will be given a drug known as chlordiazepoxide, or Librium for short. Librium allows you to stop drinking alcohol and normalise GABA-A levels without suffering from alcohol withdrawal symptoms.

Furthermore, when you become dependent on alcohol, the brain produces greater volumes of glutamate to offset increases in GABA-A. Your brain thus becomes more resistant to the effects of alcohol. This is known as an increased tolerance to alcohol.

Another cause of alcoholism is social factors. Exposure to certain social environments is likely to increase your odds of developing alcoholism. For instance, if you are exposed to a lot of stress, you may drink alcohol because you believe it relieves your stress.

Another social factor that increases the odds of developing alcoholism is the environment you grew up in. If your parents allowed you to drink alcohol during childhood, you may be more likely to abuse alcohol as an adult.

Furthermore, if you suffered from trauma during childhood, you are thought to be more likely to go on and develop alcoholism. The traumatic experience may cause you to suffer from depression and anxiety. You may then abuse alcohol to forget about the traumatic experience, or as a way of medicating these associated mental health problems.

If you suffer from alcoholism, get in touch with Rehab 4 Addiction today. Rehab 4 Addiction is a free and impartial helpline for people who suffer from alcoholism. We provide rehab treatment options that match your individual needs. These options include residential rehab, outpatient therapy and community detoxification. For more information, contact us today on 0800 140 4690.