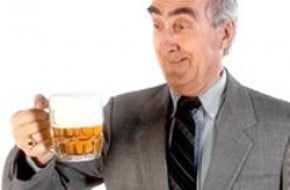 A recent study conducted by Professor Jose Iparraguirre of Age UK reveals educated and wealthy over-50 Brits are at a heightened risk of drinking dangerous amounts of alcohol. In extreme cases an alcohol detox is a necessary form of treatment for many of these well-to-do Brits.

The study drew on data compiled in 2009 and again in 2011. Originally published in the English Longitudinal Study of Ageing journal, this study surveyed 9,000 men and women over the age of 50. The survey sought information on participants’ income, education, family situation and level of alcohol consumption.

Published in the British Medical Journal’s ‘Open Journal’ the study revealed those who identify themselves as ‘healthy, educated and successful’ are particularly at risk of drinking alcohol in excess of the recommended weekly limits. These limits currently sit at 21 units per week for men and 14 units per week for women.

This drinking problem is now referred to as a ‘middle class phenomena’.

For men the risk of drinking excessive amounts of alcohol peaks in their early 60s and reduces as the aging process continues. For women this risk peaks at around the same age as retirement and decreases as women continue to age.

Professor Iparraguirre told Rehab 4 Addiction: “Our findings suggest that harmful drinking in later life is more prevalent among people who exhibit a lifestyle associated with affluence and with a ‘successful’ ageing process.”

“Harmful drinking may then be a hidden health and social problem in otherwise successful older people.”

Purported reasons for this phenomena

The study offers reasons for this phenomena. One reason has to do with confidence. Healthy and well-educated middle-class folk may feel they are not doing their body any harm when they drink alcohol precisely because of their good health. The report says many elderly middle-class are thus ‘sleepwalking in to poor health’.

Professor Iparraguirre told Rehab 4 Addiction: ‘Because this group is typically healthier than other parts of the older population, they might not realise that what they are doing is putting their health in danger.’

The report also states many of these people are simply continuing alcohol habits formed in younger life.

Another reason offered is wealthy and educated Brits simply has the required funds to purchase alcohol, whilst those further down the economic-ladder do not.

Single or divorced men were more likely to engage in excessive drinking when compared to women in a similar situation.

These figures contrast with national statistics revealing the population’s overall level of alcohol consumption has decreased since 2002.

One solution, offered by the Royal College of Psychiatrists (RCP), is to revise the recommended daily limit of alcohol for those aged over-65. The current limit stands at 21 units for men and 14 units for women of all ages. The RCP recommends this figure be reduced to 10.5 units per week for the over-65s.

Those in this age group are at a heightened risk of developing a host of health problems as a result of excess drinking.

Some of these preventable health problems resulting from excess alcohol consumption include:

Those over the age of 40 should consider taking advantage of a free NHS Health Check. This check includes an alcohol risk assessment. This check is free to all citizens between the ages of 40-74. Click here to learn more.

If you or a loved one suffers from alcohol addiction, be sure to contact Rehab 4 Addiction. With alcohol rehab centres throughout the United Kingdom, our advisors will find a suitable treatment centre near you.