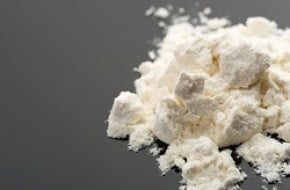 A groundbreaking study conducted by researchers at the College of Pharmacy at the University of Kentucky reveals a long-acting enzyme known as E12-7FC-M3 may be used to save the lives of people who experience cocaine overdose.

The enzyme treats cocaine overdose by efficiently metabolising cocaine contained within the body. Unlike other enzymes such as CocH1, E12-7FC-M3 does not cause negative side-effects.

The study proves E12-7FC-M3 is effective at metabolising cocaine which has been injected into rats and mice.

E12-7FC-M3 remains in the blood for around 110 hours due to its long ‘half-life’. E12-7FC-M3 is the successor of another enzyme known as CocH1. CocH1’s major disadvantage was it’s much shorter half-life. CocH1 remained in the blood for a mere eight hours. This is 102 hours less than what E12-7FC-M3.

Researchers claim that a 0.25 mg dose of E12-7FC-M3 increases the metabolization of cocaine for around twenty days. Animal studies revealed that 2.5 mg of E12-7FC-M3 all but eliminated 25 mg of cocaine over a seven day period.

The study’s Chang-Guo Zhan, Ph.D, told Rehab 4 Addiction: “This next stage of our research is promising, showing that the enzyme has extended function in small animal models and potentially even longer in humans. We envision that this therapy could eventually become a viable treatment option in emergency rooms for people who overdose on cocaine.”

Office of National Statistics data reveals 247 people died in Britain during 2014 due to a cocaine-induced cardiac arrest. This compares to 169 deaths in 2013. News of this new treatment is therefore enthusiastically received by the medical community, including cocaine addiction treatment providers.

In the USA around half a million people are treated for cocaine-related issues each year.