Heroin Addiction on Rise in USA 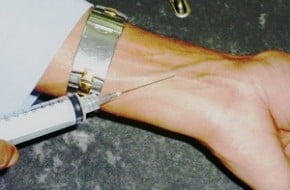 A recent report published by US Centers for Disease Control and Prevention reveals a huge rise in the occurrence of heroin addiction in America. The report draws on data covering the period 2002 to 2013. Although all demographics saw an increase in heroin use, the largest group affected was white males aged 18-25.

Tom Frieden, Chief of CDC told Rehab 4 Addiction: “Heroin use is increasing rapidly across nearly all demographic groups, and with that increase, we are seeing a dramatic rise in deaths”.

This rise in heroin consumption is thought to be due to a rise in the availability of cheap heroin. Another contributory factor to this rise is stricter laws restricting the supply of legal opiate painkillers. Those addicted to painkillers such as OxyContin now turn to heroin as a cheaper and more readily available alternative.

A corresponding increase in heroin-related deaths

This increase in heroin use has been accompanied by a sizable increase in the number of heroin-related deaths. The number of heroin overdoses quadrupled in 2013 when compared to figures taken in 2002. For the whole of the US, the number of overdoses rose from 0.7 deaths per 100,000 population in 2002 to 2.7 deaths per 100,000 population in 2013. Police forces across America now routinely carry medical equipment to combat the tragedy of heroin overdose.

The report suggests these increases in heroin use and related overdoses are due to stricter laws relating to opiate-painkiller prescriptions. Addicts effectively turn to heroin to ‘fill the void’ left by these laws restricting drugs like OxyContin. An Increase in heroin use is also due to the proliferation in the supply of cheap heroin.

If you or a loved one suffers from heroin addiction, be sure to contact Rehab 4 Addiction. With heroin treatment centres throughout the United Kingdom, our advisors will find a suitable treatment centre near you.