Is Ireland Set to Decriminalise Drugs? 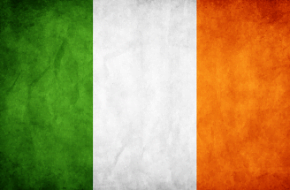 The Irish Government considers what can only be described as a radical new direction as it considers decriminalising possession of certain drugs. Under new proposals drug dealing will remain an offence but mere possession will no longer be considered illegal.

The revelation was leaked by Ireland’s drug minister and head of the National Drugs Strategy, Aodhán Ó Ríordáin, as he gave a lecture at the London School of Economics. He confirmed that the Irish Government is set to vote on decriminalising a string of illegal drugs. These drugs are said to include cocaine, heroin and marijuana. Ireland looks to remove addicts out of the criminal justice system and thereby remove the ‘stigma’ attached to drug dependency.

However, the distribution of such drugs will remain a crime and perpetrators will still face legal action.

During the lecture, Ó Ríordáin said: “I am firmly of the view that there needs to be a cultural shift in how we regard substance misuse if we are to break this cycle and make a serious attempt to tackle drug and alcohol addiction, We’re trying to change the entire context in which we discuss this issue from a moralistic one to one which is actually much more realistic and compassionate.”

However, changes to the law will need to wait until the next Parliament. The Irish general election is due to be held in April 2016.

Ó Ríordáin also confirmed that Ireland is set to roll out a number of so-called ‘safe injection centres’. The first centre is due to open in Dublin in 2016. Other clinics are planned for Cork and Limerick. These centres will merely provide a safe place for users to inject their drugs. The drugs themselves will not be supplied through these centres.

Ó Ríordáin said: “It will limit the dangers of contracting HIV and hepatitis C and also takes away the street injecting phenomenon. Research has shown that the use of supervised injecting centres is associated with self-reported reductions in injecting risk behaviours.”

“Together with countless other tireless advocates, I’ve for years argued that we should treat drug use as a health issue, not as a crime.”

“While the vast majority of recreational drug users never experience any problems, people who struggle with drug addiction deserve access to treatment, not a prison cell.”

The move follows a withdrawn report last week by a senior United Nations employee calling on all nations to consider decriminalising the possession of illegal drugs.

Other European nations to adopt ‘safe injection centres’ include Spain, the Netherlands, Switzerland and Denmark. These centres are aimed at all drug users, and particularly members of the homeless community.