The Beginner’s Guide to the Neuro-biology of Drug Use 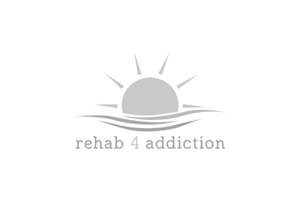 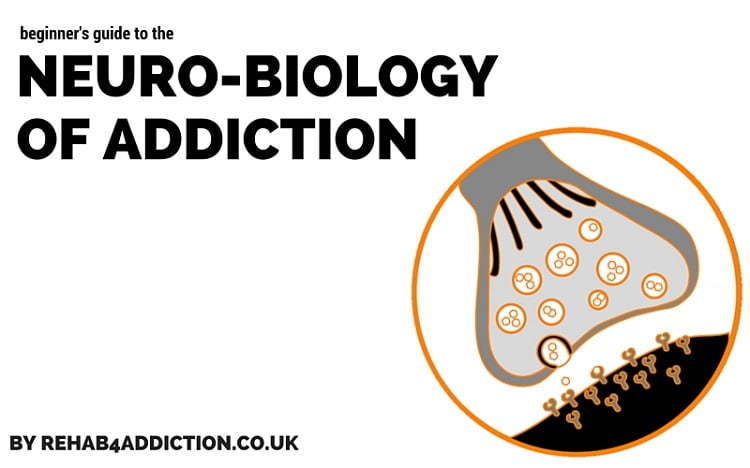 robiology of addiction. Research has shown that addiction, whether to alcohol, tobacco or other drugs is a disease caused in part by our genes. And like other diseases, with a genetic influence such as cancer or heart disease, addiction runs in families.

We also know that despite its negative consequences, drug abusers continue to seek out drugs because of severe cravings for these substances, whether this makes them feel good or stops them from feeling bad.

Because the drug addiction is so reinforcing, scientists often term this the ‘reinforcement model of addiction.’ However, and as we all know, feeling better is only one effect of taking drugs. There are many other less desirable effects as well.

The answers to these questions lie deep within the human brain. But before we look at how drugs affect the brain, let’s first review how our brain functions under normal conditions.

At first glance hitting a baseball doesn’t look all too difficult.  You simply watch the ball and sling. But the truth is, being able to hit a baseball is a difficult task that requires a complex set of skills including balance, coordination, concentration, timing and judgment.  Hitting a baseball is possible thanks to the brain’s ability to make millions of split second decisions that guide everything .

Our brains are made up of many millions of branching cells called neurons. The neurons form an incredibly complex communication network using a combination of electrical signals and chemical messages to direct all of our physical and mental activities.

The parts making up this system

Many neurons communicate with many hundreds and sometimes thousands of other neurons using these synapses to form the brain’s equivalent of a superhighway.   In addition to synapses, neurons have three other important components. One of these is the cell body which is at the centre of the neuron.  Its branching arms connect the neuron with its synapses.

By using a complex system of neurons, neurotransmitters and ions, the brain is able to control everything that we do. For the brain to function properly, neurons must correctly send chemical messages to one another in the form of neurotransmitters. This can only happen when the neurons contain the appropriate balance of positive and negative ions.

How drugs disrupt this complex system

So now that we’ve discussed how our brain functions under normal conditions, let’s take a look at the impact of different drugs and how they act on the brain to create a fantasy world of false messages and faulty communications.

For a drug to act on the brain, it first has to reach the brain via the bloodstream.  There are several ways in which drugs may get into the bloodstream. The most common ways are swallowing, smoking or injecting drugs.

By swallowing drugs, we get the drugs into our system via the stomach and the intestine where it is then absorbed into the bloodstream.  For the drug abuser who is interested in a fast result, consuming drugs via swallowing may be frustrating since it takes around ten to fifteen minutes for drugs to be absorbed into the bloodstream via the stomach.

A faster way to get a drug into the bloodstream is through inhaling the substance. This gets the drug into the lungs where it is rapidly absorbed into many thousands of blood vessels.  From there it is just a matter of seconds until the drug reaches the brain.

The quickest route to send drugs to the brain is through injection. Injecting a drug directly into a blood vessel ensures that it will reach the brain in just a few seconds producing an extremely fast and powerful effect.

Once a drug reaches the brain, it interacts with specific sites on neurons. These interactions are possible because drugs of abuse are masters of deception. They have the ability to imitate the body’s naturally occurring neurotransmitters. In doing so, drugs trick neurons into believing the correct neurotransmitter messages are being sent when in fact this is not the case.  This causes malfunctions in the brain’s normal communication processes.

It’s truly amazing how many ways there are to trick the brain into making us feel good. Not only do different drugs work on different neurotransmitter systems, but the way they produce their false signals of pleasure also differs.

How stimulants trick the brain

These neurotransmitter molecules must be quickly cleared out from the synapse or they will continue to bind to receptors over and over again. This will disrupt the neuron’s signaling process and prevent the brain from functioning normally.

Reuptake prevention when stimulants are taken

One of the ways the brain clears neurotransmitters from the synapse is through this process known as reuptake. During re-uptake, the neurotransmitter molecules get recycled and taken back up into the firing rod where they can be made ready to be used again.

Almost all stimulant drugs work by preventing this re-uptake process.  Drugs such as cocaine are able to block the re-uptake of dopamine as well as other neurotransmitters such as seratonin and norepinephrine. When the re-uptake process is blocked, these neurotransmitters are forced to stay out in the synaptic cleft where they then transfer their chemical signals over and over again. This makes their messages much stronger than normal.

For the receiving neuron, being bombarded with all of these extra messages is just like having the volume on a radio turned up too high.

As you can image, when these signals are stimulating neurons located in the reward pathways, the result of this bombardment is an instant and powerful feeling of pleasure.

The dangers of blocking re-uptake

Unfortunately however, when these signals are coming from other neurotransmitter pathways such as norepinephrine pathways that control heart rate and blood pleasure, the results can be tragic.  In fact, this over amplification of neurotransmitters is the main reason behind the flood of hospital emissions in the 1980s and 1990s with cases of cocaine-related seizures and heart attacks.

How tranquilizers and barbiturates affect the brain

Alcohol affects GABA-A ion channels by causing these channels to leak excess negative ions into the neurons. This causes these neurons to fire less frequently.

How opiates affect the brain

Just like depressant drugs, opiate drugs such as heroin, morphine and codeine also bind to receptor sites and mimic the effects of neurotransmitters. However, opiates bind specifically to brain receptors that control our ability to experience pain and pleasure. In so doing, these drugs directly block the perception of pain and enhance the perception of pleasure.

What do all of these drugs have in common?

Thus, each class of drug has its own specific way of interacting with neurons and as a result each drug has its own set of behavioural effects.  However, one effect all of these drugs have in common is their ability to directly or indirectly stimulate the brain’s reward pathways.

Nearly all of our pleasurable experiences are caused by neurons firing into the reward pathway. These neurons are linked in areas of the brain controlling emotion, decision making and memory. To communicate with one another, neurons and the reward pathways use the powerful neurotransmitter known as dopamine. When neurons fire and release dopamine into the  reward pathways, it results in feelings of euphoria and pleasure. When substances such as alcohol, nicotine, cocaine, Valium, cocaine, heroin or any of the other drugs make it into the brain, they cause neurons in the reward pathways to release dopamine. Dopamine then sends a message of well-being and euphoria along this pathway.

Drugs such as cocaine, amphetamines and similar substances, work by directly enhancing the effects of dopamine in the reward pathway. As a result, these drugs are powerful substances, which can create rapid and intense feelings of pleasure.

The effects of opiate drugs such as heroin indirectly cause the release of dopamine within the reward pathways. That’s how these drugs are able to both reduce our perception of pain and produce their rewarding or pleasurable effects.

Tranquilizers and barbiturates and reward pathways

Tranquilizers and barbiturates also affect reward pathways indirectly by mimicking the effects of the neurotransmitter GABA-A. As an inhibitory neurotransmitter, GABA-A opens ion channels that allow negative ions into the neuron, making the neuron less likely to fire. This not only inhibits the brain’s ability to process information, but also our ability to function normally.

When you see the effects of tranquilizers and barbiturates on GABA-A channels, it’s easy to understand the connections between neurons transmitting fewer messages and a brain that’s slow and out of sync. But what is not as obvious is how GABA-A influences the initial high we feel when we first take these drugs.

Cocaine, amphetamine and other stimulants affect the reward pathways directly, whilst other drugs such as opiates, tranquilizers, barbiturates, marijuana and PCP stimulate the reward pathways indirectly. But whether the effect is direct or indirect, all of these drugs are very effective at sending their false messages of pleasure.

Conclusion of what we’ve learned

To understand the full impact of drug abuse on the brain, it is critical to understand that all drugs of abuse produce no only pleasurable effects by acting on reward pathways, but many other effects as well. As we’ve learned above, all drugs work by interfering with the brain’s natural neurotransmitter systems. When drugs interfere with neurotransmitters, they change the brain’s chemistry such as reward pathways, the hippocampus, the cerebellum  and the cerebral cortex. These brain areas contain a wide range of feelings and behaviours including pleasure, memory, balance, coordination and decision making. We have also learned that drugs have effects. These effects are caused by changing the function of neurotransmitters, receptors and ion channels and re-uptake sites at the synapses of neurons.

We know that people take drugs because they feel good. People do not take drugs to experience their negative effects such as memory loss, impaired coordination and decision making. However, drug users must realise it’s not possible to have the positive effects without experiencing the negative effects. This realisation allows us to see the true power of drugs and why these drugs are so in demand despite their overwhelming negative consequences.

If you or a loved one suffer from a drug or alcohol addiction, why not attend one of drug rehab or alcohol rehab programmes. Contact us today on 0800 140 4690 or submit an enquiry through our online contact form.