The Risks of Stroke When You Abuse Alcohol 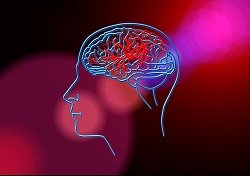 Every 5 minutes someone in the UK is affected by stroke. Quite a shocking statistic don’t you think?

But a stroke can happen at any age and at any time, and it doesn’t discriminate. They can happen to anyone of us. But what is a stroke?

In a similar way to a heart attack, a stroke is effectively a brain attack, which is caused when the supply of blood to the brain is cut off, essentially starving brain tissue and causing damage.

The problems that can be caused by stroke are many and varied and can depend very much on where the damage occurs and how large an area is affected. Not only can a stroke affect how you move, but also how you think and how you feel.

The 3-types of stroke

There are 3 main types of stroke: An Ischaemic Stroke is the most common, caused by a disruption to the brain’s blood supply.

A Transient Ischaemic Attack sometimes referred to as a TIA or mini-stroke, is the same as an Ischaemic Stroke in that it is the result of disruption to the brain’s blood supply.

However, very often the symptoms caused by this type of stroke only last a short time because the blockage or disruption to the blood supply is only temporary.

A haemorrhagic stroke is caused by bleeding within or around the brain. In this kind of stroke, the leakage of blood into brain tissue can kill cells and cause swelling.

What problems can stroke cause?

The long term effects of stroke can be mild or extreme, ranging from weakness in extremities to total paralysis of one side of the body.

Sufferers of stroke can also experience cognitive deficits, for example, with sensory processing, vision and speech problems, and memory deficit.

Whilst it’s true to say that stroke can affect anyone, at any time, there are certain factors that can leave you more at risk of suffering stroke.

A few of the main factors contributing to stroke are high blood pressure, diabetes, obesity and liver damage, as the liver is responsible for producing certain substances that assist in blood clotting.

It’s important to realise that all of the risk factors mentioned here can in some way be linked to increased risk of stroke.

For example, alcohol consumption can cause high blood pressure, contribute to diabetes and obesity – and all these factors increase stroke risk. Here we will take a look at each of these and how they impact on stroke risk.

Usually, arteries are strong, flexible and smooth, allowing blood to flow through them to supply tissues and major organs with the oxygen and nutrients they need to function optimally.

Poorly managed high blood pressure, or hypertension can lead to a narrowing of arteries and other blood vessels within the brain caused by fats being collected within them.

A rise in blood pressure can also weaken arteries and other blood vessels. Such a weakness in the wall of a blood vessel can cause it to bulge. This is known as an aneurysm.

These are life-threatening, as there is the possibility they could burst, causing internal bleeding.

Aneurysms can occur in any part of the body, but should one rupture in the brain, this would most definitely cause a stroke.

There are a number of ways in which alcohol can cause, contribute to, or worsen high blood pressure.

Being overweight or obese means that you are more likely to suffer from high blood pressure and diabetes, two of the main contributing factors of stroke.

When it remains overweight, the body’s metabolism changes in such a way that there can be an increase in lipids in the bloodstream, high cholesterol and blood glucose. Each of these can damage blood vessels causing blood clots, potentially leading to stroke.

A Danish study also reported that obesity can be a cause of stroke occurring at a younger age.

But how does alcohol cause obesity? It is believed that there are a number of ways alcohol can contribute to being overweight. The most obvious would be calorific content.

Alcohol can turn to fat in the liver, which in turn creates fat within the bloodstream and becomes stored in the body as fat.

Remember that late-night kebab at the end of a night out? As many of us can attest to, alcohol can also increase hunger and cause us to make poor food choices, as it triggers the part of our brain that causes the sensation of hunger.

A diabetic individual suffers from raised blood sugar levels, as a result of the body not being able to absorb sugar efficiently. Therefore, excess sugar remains in the bloodstream, eventually sticking to the walls of blood vessels throughout the body, with the potential to cause blockages, preventing nutrients and oxygen from travelling around the body.

Eventually, this sugar build-up can cause damage to blood vessels, lead to some of the issues already discussed, and eventually cause a stroke.

It’s never too late to make a change

So, it becomes clear to see how the excessive consumption of alcohol can lead to, or contribute towards, these three main risk factors of stroke (high blood pressure, obesity and diabetes).

One particular study reports that people who have 2 or more alcoholic drinks daily are up to 34% more likely to suffer from a stroke than their counterparts who drink half a glass or less of alcohol.

A Finnish study published by the American Heart Association (AHA) reported that a pattern of binge drinking is an independent risk factor for all strokes, as it is thought that a short term increase in heavy drinking was thought to increase risk of rupturing small arteries or aneurysm within the brain.

However, there is some good news. Ongoing research continues to show that although stroke can be caused by each of these risk factors, all of them can be managed and in some instances even reversed, by making simple lifestyle changes; start by making small, positive changes to your diet, and beginning a gentle exercise.

How do I find out more?

To find out more about the relationship between alcohol and stroke, the following links provide further information and guidance on how to make positive changes to your lifestyle in order to reduce your risk.