The Risks of Using Lexapro & Alcohol 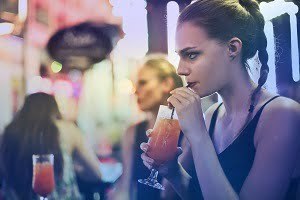 Drinking alcohol and taking certain medications can cause unwanted effects.

While each individual is responsible for checking the guidelines, it is often easy to forget or ignore the advice we have been given.

In this blog post, we will discuss one of the biggest concerns of today: mixing Lexapro and alcohol.

If you’ve mixed these two drugs together before, then it’s important that you stop for reasons we outline below.

There are many reasons why alcohol should not be consumed if someone is taking medication for depression, of which we will look into in this post.

Short-term and long-term effects can arise when someone mixes Lexapro and alcohol which not only reduces the effect of the drug but can also cause some harmful reactions.

Read on to find out more.

Used to treat depression and anxiety, Lexapro is a prescription medication taken orally as directed by a doctor or medical professional. Lexapro is the brand-name variety of the generic drug escitalopram oxalate, and is an SSR medication, or selective serotonin reuptake inhibitor. [1]

SSR drugs are highly recognised among the psychiatric medical community for their ability to affect the mood of patients suffering from often debilitating mental health issues. Side effects and risks are associated with the medication and can be increased when combined with substances such as alcohol.

Side-Effects of Alcohol Without Lexapro

Even while not ingesting alcohol under the influence of the prescribed drug Lexapro, this can lead to adverse effects upon someone suffering from the conditions of anxiety or depression. Alcoholism and depression are two conditions that tend to feed on one another, and that’s because drinking can lead to someone becoming more depressed and being depressed can cause a person to drink more heavily.

For this reason, it’s not advised for someone dealing with depression or anxiety to consume alcohol in heavy amounts, as the chemical balance of the brain which has a direct impact on a person’s mood and emotional stability may be altered.

Can I Take Lexapro With Alcohol?

Every medication brings with it a set of involved risk factors and potential side-effects, and drinking alcohol while taking Lexapro can bring unwanted effects that include a decreased efficiency of the drug, fatigue, an increased sense of anxiety and depression, or a higher chance of addiction. [2]

Not only that, but there are also numerous short-term side-effects that can come as a result of consuming alcohol while taking Lexapro, including nausea, insomnia, dry mouth, and diarrhoea. Lexapro is a carefully designed and prescribed intended to be used responsibly to combat many of the dual-diagnosis symptoms that people recovering from alcohol may face, and should avoid being used alongside alcohol at any time.

When Lexapro is used with alcohol in a person’s system, it can counteract the potential beneficial impact that the drug has upon a person’s psychological and physical state.

Reason and judgement can become impaired, while symptoms of depression and anxiety are enhanced. It’s also important to note that the higher dosages that you’ve been prescribed to take by your doctor may lead to an increased risk of dangers when the drug is misused or combined with alcohol.

Drinking alcohol with Lexapro can lead to sudden mood swings, or create a violent or aggressive demeanor within the person. Also, cognitive abilities including reaction time and coordination may be negatively impacted, or lead to respiratory difficulties which may prove dangerous in some cases.

Slurred speech, memory, and coordination could also be influenced making it more difficult to operate a vehicle or focus on work and normal activities. Close consultation with a doctor is always strongly recommended for anyone considering drinking alcohol while taking regular doses of Lexapro.

It’s good to keep in mind that everyone’s body is unique, and individuals may react differently to using Lexapro while taking alcohol. Although there are no known long-term side-effects of using Lexapro and alcohol together, that doesn’t mean that none exist, and could possibly lead to liver damage or other unwanted ailments. [3]

Also, this could deepen an existing alcohol use disorder problem or encourage further substance abuse as the prescribed drug Lexapro is misused alongside alcohol.

Why You Shouldn’t Mix Alcohol And Antidepressants

Given the fact that someone usually begins using an antidepressant in the first place to address a mental health condition such as depression, it’s usually not advisable to destabilise the recovery process by introducing alcohol use into the equation.

This is because the decision-making process can be drastically affected or create inconsistencies and problems in a person’s normal routine and sleep schedule. Effects can vary when prescription drugs are taken with alcohol, which can place someone with a dependence on a trajectory of more and more substance abuse or additional problems. [4]

A study conducted by the Substance Abuse and Mental Health Services Administration (or SAMSA) found that one out of every eight adults struggled both with an alcohol and drug use disorder simultaneously, making it a common theme among those struggling from alcohol or substance use disorder.

Alcohol has been recognised by professionals far and wide as a contributing substance when it comes to mental health problems like depression, and as a depressant, can lead to fatigue, anxiety, irritability, sadness, or suicidal thoughts.

Regular alcohol use also may cause interest to wane in activities that a person once found interest in, or cause behavioural patterns that create a divide between themselves and those around them.

Large amounts of drinking in a short time period can create periods where a person doesn’t remember anything that happens, called “blackouts” it’s very possible during this period of time for an individual to lose valuable belongings, crash their vehicle, or harm themselves or those around them.

Even though blackouts only occur for a generally short amount of time, they can have damaging consequences that reverberate long into the future.

Is Any Amount of Alcohol Safe While Taking Lexapro?

Drinking alcohol while regularly taking an antidepressant such as Lexapro is generally discouraged due to the intensified emotions that it can cause, along with having a negative effect on the mental state and capabilities of the individual.

However, if a person is adamant to drink while taking the drug, it’s important for them to consult with their doctor to seek their advice regarding the matter, and generally recommended to consume alcohol slowly and with food if drinking becomes necessary.

Whether you decide you are able to drink upon the advice of your doctor or not, it remains important to do so in a responsible manner and continue taking your Lexapro as prescribed. Drinking should not be an excuse to stop taking your medication.

There are many both long-term and short-term effects that can come into play when deciding to drink alcohol, and most can become even more serious when combined with a prescription drug like Lexapro. Many people are unaware of the potential damage they can do while mixing the two substances, making this mixture an even bigger threat to a person’s safety.

The mental and emotional instability that can occur as a result of combining Lexapro with alcohol can bring about more intense sensations of anxiety or depression that can even lead to suicidal thoughts. Also, the irritability or uncertainty this process can cause can create impulsive or even reckless decisions that can lead them to harm themselves or those around them.

Why You Should Check With Your Doctor

Each person is unique, and so are their doctors. This is why it may be possible for some to engage in moderate drinking while taking their prescription Lexapro as recommended, but only under the close supervision of a trained medical professional.

Generally, only those who are at a low risk of alcoholism or alcohol abuse should be eligible to engage in moderate and responsible drinking, and having a conversation with a trained medical professional can help you come to such a determination.

What’s The Verdict on Lexapro And Alcohol?

When used properly, Lexapro can be a safe way to combat many of the negative symptoms associated with psychological conditions such as anxiety and depression. It’s widely agreed upon, however, that the consumption of alcohol while taking antidepressants such as Lexapro should be generally avoided.

At the end of the day, moderate drinkers who feel as if they aren’t at risk for alcoholism or abuse should speak with their doctors about whether or not this can be safely done in their own day to day lives.

Many times when people are prescribed medical drugs or begin drinking alcohol regularly, a dependence can form that if left ignored can spiral out of control. If this situation occurs to you or someone you know, it may be time to turn to an inpatient treatment programme for help.

These programmes are typically staffed with trained professionals who are happy to assist patients in turning their back on their substance use disorder and finding new opportunities to find joy in their daily life without the need for drugs and alcohol. [5]

Because patients are required to reside within the rehabilitation centre while the treatment programme takes place, an inpatient programme is generally a more intensive and patient-focused level of care than seen with other forms of rehabilitation programmes.

After using Lexapro over a significant amount of time, the body can develop a dependence that can cause a negative physical reaction if stopped improperly. For this reason, it’s wise to begin the process of coming off the drug with the close supervision and assistance of a qualified doctor or medical professional.

Withdrawal symptoms of Lexapro can be numerous, but may include headaches, nausea, irritability, and other flu-like symptoms. If you are concerned about coming off your Lexapro prescription, contact your doctor for advice.