In this article, we explore the facts surrounding the nature of cannabis, it's use and effects.

Cannabis, also known as marijuana, weed, ganja, or bud (amongst many others), is the name of the various parts of the plant, Cannabis Sativa and Cannabis Indica that can be consumed to experience a range of effects.

As a recreational drug, cannabis is one of the most commonly consumed substances in the world. In the UK, cannabis remains the most common drug used in 2019 by 16–59-year-olds, contributing to 7.8% of all drug use (1).

The plant matter, often dried and smoked, contains the chemical THC as well as other chemicals such as CBD. These chemicals can have strong effects on the brain and the body, especially when consumed in large quantities.

Most often, cannabis is sold and consumed in the form of dried leaves or ‘nuggets’, though it can also be processed and infused into other substances such as oil.

In addition, the resins can be extracted from the cannabis plant, creating a THC-strong liquid. This is a much more potent way of consuming cannabis, and the effects are much stronger. 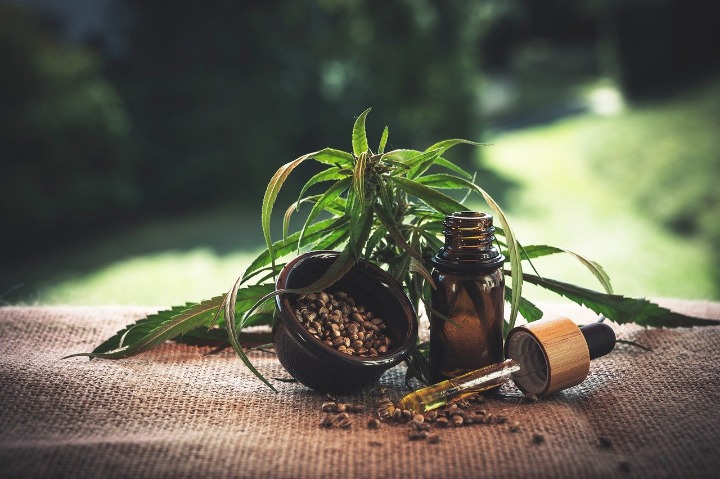 How can cannabis be used?

Cannabis can be smoked when rolled into rolling papers similar to cigarettes, and individuals often mix this substance with tobacco which can also have a strong effect on the experience of smoking.

For other forms of smoking, cannabis can also be taken in smaller hits by use of a pipe or bong. This can also include tobacco or an herb mix.

Some individuals prefer to consume cannabis in food form through infusion with butter or oil. This can take a long time to prepare and is very popular amongst younger people such as those at university.

Overall, these different methods of cannabis consumption are all designed to achieve the goal of consuming the THC that is present in the cannabis plant.

It is the THC that causes the most effects in the body and the brain. A few of the most common factors are outlined in the following paragraphs. 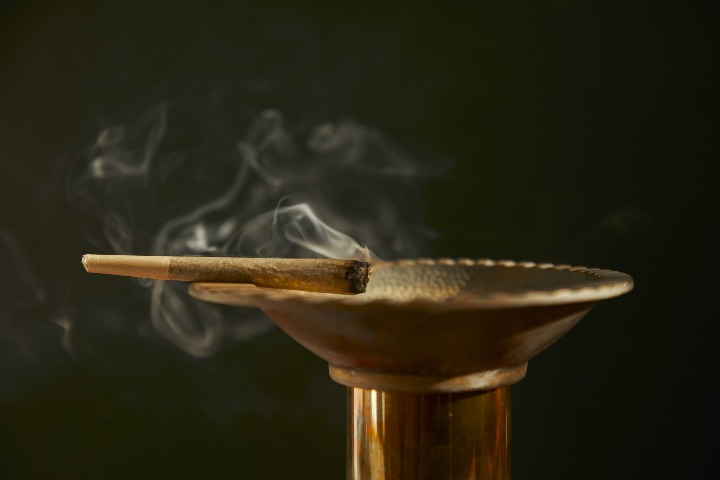 Not every individual will experience the same effects when consuming cannabis, and this can be due to a range of factors.

For example, tolerance, predispositions, and personal differences will all have an effect on the way that cannabis will affect the individual. These can be both positive and negative, and these are categorised below into physical and mental effects.

These are the most reported effects, and perhaps the effects that most people think of when imagining what a cannabis addiction looks like.

In general, most individuals experience some of the following effects:

When smoked, individuals are likely to experience some of these effects immediately, but other methods such as eating cannabis-infused products can take longer (30 minutes or more).

Nonetheless, the physical effects of cannabis can be just as impactful on an individual’s experience during consumption as the mental effects.

Some of the most common physical effects of cannabis are listed below:

This duration of these effects varies depending on the potency, amount consumed, and the type of cannabis consumed, but are generally short-term.

However, this may not always be the case, especially when the individual has a long history with a cannabis addiction or has an underlying health condition which may be made worse by consumption. 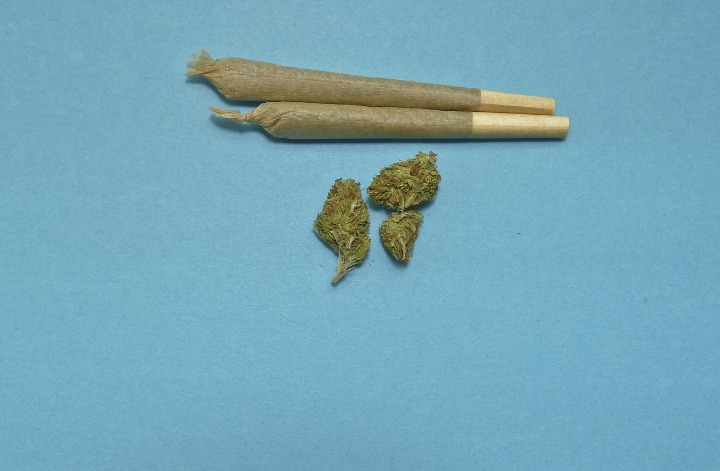 Due to a combination of the above effects, and the experiences many people have whilst consuming cannabis, it is possible to develop an addiction.

This is more common in cases where individuals are consuming a large quantity of the substance, as well as using the techniques and methods of consumption that provide the most THC to the body.

THC can be responsible for changing neural pathways in the brain, and altering thought patterns and cognitions associated with cannabis.

This can lead to an addiction to cannabis as well as an increased risk of developing an addiction to other substances such as tobacco, heroin, or cocaine in the future. This was shown in a study with rats (2).

In most cases, the first step to stopping substance abuse and recovering from an addiction is to withdraw from it.

This refers to an immediate or gradual process in which an individual will stop using cannabis in an attempt to abstain from the drug in the future.

However, this can have negative effects in individuals who have a long history of cannabis consumption. Individuals going through withdrawal from cannabis have reported symptoms such as feeling nauseous, dizzy, insomnia, loss of appetite, sweating, and mood swings.

If not properly managed or supervised, these effects can be dangerous in some cases, and Rehab 4 Addiction always recommends a fully supervised detox session for the health and safety of the individual.

Although cannabis is not a physically addictive drug, meaning a withdrawal can’t kill you, the withdrawal symptoms can still be incredibly unpleasant, and support is always recommended. 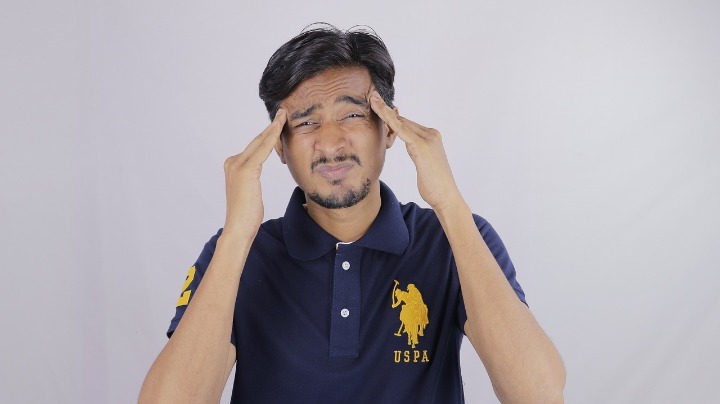 The use of cannabis with other substances

As with almost all substances, combining two or more together can have serious risks. Not only do the risks of each individual drug affect the individual, but the chemicals in both drugs, when mixed, can have more serious effects.

In addition, the combination of effects of different drugs is not fully recognised or tested, meaning that most people will consume multiple drugs not knowing what may happen to their health.

One of the most common drugs mixed with cannabis is alcohol. Both drugs are often present during parties and other social events in some situations.

However, this combination of drugs has been shown to increase the risk whilst driving (as both drugs can seriously impair perception and judgement) as well as cause the individual to feel nauseous and vomit.

In some cases, individuals may use cannabis to counter the after-effects of other drugs, especially if they are used to consuming cannabis regularly and have experience in countering their negative effects.

As mentioned above, cannabis may be used to reduce the negative effects of other drugs, but this has not been scientifically tested.

However, more research is being conducted into the medicinal benefits that cannabis may have and this is of great interest to many people.

The positive effects can include mood changes, sometimes positive, therefore making cannabis a candidate for treating mental disorders such as anxiety and depression.

In recent news, cannabis is being evaluated for its effectiveness in treating epilepsy, potentially helping with the reduction in seizure severity and frequency, though this is still heavily debated (3).

Another usage is for the treatment of multiple sclerosis (MS) as the active THC can help relieve muscle spasms commonly encountered by individuals afflicted by this disorder. THC and CBD make up the main ingredients of the drug most commonly prescribed to treat MS – Sativex. 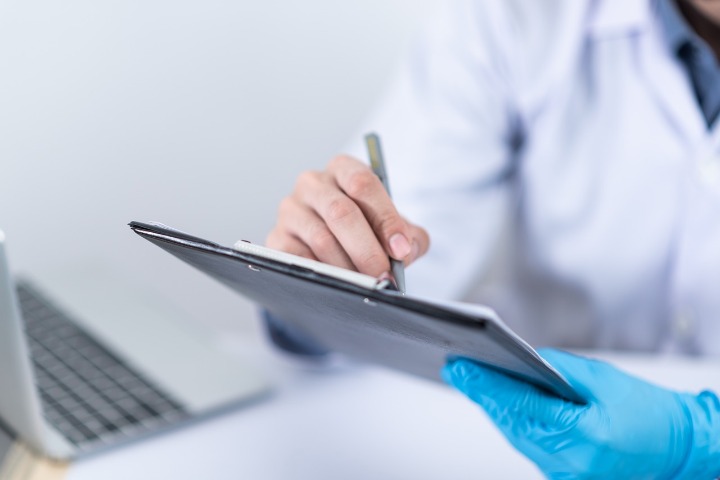 Currently, there are no special medical interventions or drugs to treat a cannabis disorder, though this is recognised as an issue (4).

This is because, as mentioned previously, cannabis is not a physically addictive drug which means that the withdrawal effects are not life-threatening.

For this reason, most individuals are encouraged to slowly withdraw from the drug over time instead of going ‘cold turkey’ and cutting out the drug instantly.

In addition, behavioural therapies have been shown to be effective, as they focus on the longer-lasting mental health effects that may affect the individual even after they have withdrawn from the drug.

This includes examples such as cognitive behavioural therapy (CBT), which aims to support the individual in creating their own coping mechanisms and techniques. This, in turn, will help the individual to alter their thought patterns concerning addiction and its associated effects.

Other effective techniques include motivational interviewing (MI) in which the individual works on their self-confidence, self-image, and determination to recover in the long-term.

To ask any questions or to learn more about anything you have read today, please contact Rehab 4 Alcoholism through our website or call our addiction support line. 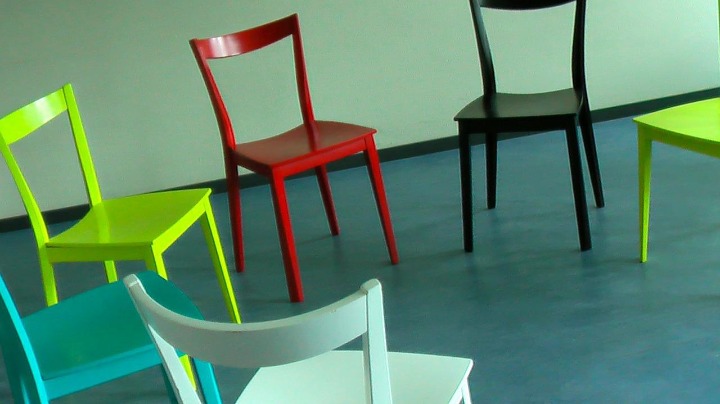