The Signs and Symptoms of Alcoholism

Alcoholism is classified as a disease of the brain. It’s typically difficult for sufferers to come to terms with their alcoholism, and many will experience denial.

This denial is often fueled by the stigma that stubbornly surrounds alcoholism. We hope that the below information will help you better understand the disease of addiction and also help to improve your ability to recognise this illness where you suspect it may have arisen.

It’s impossible to diagnose alcoholism with a simple physical examination, x-ray or blood test. This is because addiction is a disease of the mind. Instead, doctors must be on the lookout for several physical and psychological signs when diagnosing alcoholism.

These signs and symptoms allow medical professionals to accurately diagnose alcoholism with confidence.

For those of you who are concerned about how much alcohol you are drinking, it’s often difficult to spot the signs of alcoholism when assessing yourself. It’s often better to seek the advice of a medical professional if you suspect you could be suffering from alcoholism.

Am I Addicted To Alcohol?

Fortunately, there are some definitive signs and symptoms that allow medical practitioners to correctly and accurately diagnose alcoholism.

However, even in the face of this positive diagnosis, those affected by this illness are known to express denial.

It’s never easy to come to terms with alcoholism, but receiving a positive diagnosis is surely one step closer towards recovery.

Below, we list some common signs that you could be addicted to alcohol:

If you are concerned about the amount of alcohol yourself or a loved one consumes, complete our free questionnaire which assesses your relationship with alcohol.

At Rehab 4 Addiction, we pride ourselves on the quality and depth of advice we provide to those seeking recovery from addiction. Our admissions team offer a referral service for people seeking treatment for alcoholism and other disorders.

When To Consider Getting Help

If you frequently hide alcohol, this may have a knock-on effect in that you begin to feel more and more socially isolated from your loved ones. If this is the case, it may be time to overcome denial and admit that you need help.

Lying to loved ones and yourself will only serve to make matters worse. In time, your loved ones will begin to see the truth that you are a sick person in need of treatment, and that you do not drink due to moral failings or character flaws.

If you are experiencing alcoholism, the hope of being able to drink in moderation is a goal you truly must abandon. Instead, you need to aim for total abstinence.

Anything less is a recipe for failure that will condemn you to an on-and-off battle against the bottle that will probably result in you losing everything, including your life. For those of you who suffer from alcoholism, when you start to drink moderately, you will not be able to stop.

Once the cycle of alcohol abuse begins, your tolerance for alcohol will increase. It will become harder and harder to ‘get back on the wagon’, and you may even get to the point where you require an alcohol detox at a specialist clinic in order to stop drinking.

Know that experiencing a blackout because of your drinking is not normal and it certainly is not something you should tolerate.

This will put significant strain on your relationship with loved ones. It’s thus not surprising to learn that alcoholism often results in job loss and family breakdown. 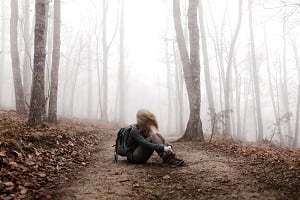 Alcoholism significantly affects your emotional welfare. Your mood is affected because alcohol abuse hijacks neurotransmitters in the brain that are responsible for normal mood regulation.

This imbalanced chemical state within the brain means those affected by alcoholism are vulnerable to experiencing extreme mood swings.

Because alcohol is a depressant, sufferers of alcoholism are likely to experience depression as a result of their drinking.

Signs To Look Out For

Common behavioural signs and symptoms of alcoholism include changes in attitude, mood or performance at normal activities, and a decline in physical health or appearance.

Below we have listed other common factors that those struggling with alcoholism suffer with:

Society has trained us to believe that alcohol is a safe and accepted coping mechanism when it comes to work stress, relationship issues, or anything that requires a serotonin boost.

However, regularly turning to alcohol to combat feelings of anxiety, sadness or stress is a sign of abuse.

Have you noticed that yourself or a loved one look forward to consuming alcoholic beverages after work every day, or on a regular basis? Does the thought of a drink of something to take the edge off preoccupy your thoughts day-to-day?

If you are using alcohol on a daily basis to ‘unwind’ or ease any negative feelings, it is definitely worth questioning whether you are dependent or reliant on the drug.

Contacting our team to discuss your options and to see whether you would benefit from a pre-assessment or more intensive therapy is an affirmitive step in the right direction.

People who are struggling with alcoholism not only enter themselves into situations where drinking is normal (going to a bar after work, or cooking dinner with a glass of wine) but they can also start introducing drink into abnormal settings or surroundings.

Drinking in situations where it is not ‘normal’ (at breakfasts, work, school or church) is a worrying sign of alcoholism.

Often, people who are suffering from alcohol abuse deny their habits and attempt to normalize their behaviours. Trying to understate their addiction is a common symptom of alcoholism or alcohol abuse.

Drinking is commonly considered as a social activity, but people struggling with alcoholism often turn to drinking alone or in secret.

This is normally a glaring warning sign of addiction and is used as a coping mechanism or due to dependency.

People who drink alone often do so to hide their behaviours, which they are sure others will disapprove of. Drinking in secret also entitles the addict to hide the amount, or the strength, of the alcohol they are consuming.

Signs of drinking alone include obvious paraphernalia around the house, office, or car, such as empty bottles, used cans, or corkscrews in abnormal places.

Signs can also include tiredness, irritability, poor personal hygiene and sleeping late due to the negative effects of alcohol on the body.

If you have noticed that yourself or a loved one is drinking alone, it is time to seek support.

Like everything in life, moderation is key. But if you find yourself unable to control or moderate yourself, it can be a sign of serious addiction or dependency.

It can be sometimes difficult to differentiate between simple and normal alcohol consumption and alcohol abuse. People suffering from alcoholism start to become known by always having a drink in their hands, always being merry, or at worst, being inebriated to obvious levels.

If you discover that you constantly have a hangover, or blackouts from excessive alcohol consumption, it could be wise to seek help.

Building a tolerance, or ‘becoming used to’ the effects of alcohol is a clear indication of alcohol abuse. If it takes you more to get drunk, and if a few small drinks feel like it has no effect on you, it could be a sign that you are building up a tolerance to alcohol.

Another sign is if you switch from weaker to stronger drinks (for example, from beer or wine to spirits) in an attempt to ‘feel the buzz’ from the beverage.

Building an alcohol tolerance is not only dangerous for your social reputation and wallet, but also for your health. The more alcohol it takes for you to feel drunk, the more toxins you are introducing to your body and the more severe is the toll on your organs.

If you for any reason commit to a period of time without drinking, it is important to pay attention to your feelings and moods. Physical or emotional withdrawal symptoms are a key sign of alcohol dependency or addiction.

This is because the body has become dependent on the drug, and has tricked itself into thinking it needs it to survive or function.

Any discussion on the signs and symptoms of alcoholism would be incomplete without discussing how alcohol affects the body.

Alcoholism causes short and long-term negative effects on the human body. One of the most common short-term effects is the loss of coordination.

This is one reason why those affected by alcoholism are much more likely to injure themselves accidentally.

Alcohol-induced impaired coordination may also mean you are more likely to drink whilst under the influence of alcohol. Doing so could have tragic consequences for yourself and others.

As you would imagine, alcohol causes many long-term health problems for those suffering from alcoholism.

The most well-known of these health problems is liver cirrhosis. Liver cirrhosis is a major cause of death amongst those suffering from alcoholism.

Alcoholism may also cause a form of dementia known as Wernicke Korsakoff Syndrome, or ‘web brain disease’ for short. 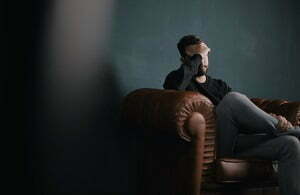 Other health problems caused by alcoholism include:

Alcohol abuse not only impacts the body and mind but also comes hand-in-hand with some other serious consequences.

What Are My Treatment Options?

It’s best to seek out treatment as soon as you recognise the symptoms of alcoholism. Delaying your treatment could be fatal.

Many people die from alcoholism unexpectedly. You underestimate the dangers of drinking excessive amounts of alcohol at your peril.

Many people inflicted with alcoholism delay treatment until they have hit rock-bottom. This practice is positively dangerous and should be avoided at all costs.

Instead, seek out addiction treatment before it is too late. If you feel you cannot control your drinking, then now is the time to seek out treatment by contacting one of our team today.

Your treatment needs are best served at an inpatient alcohol rehab clinic. You will be able to continue your treatment over a longer period of time via an outpatient programme.

The amount of time you require in a residential clinic is dictated by the severity of your addiction and any possible dual-diagnosis issues you are experiencing.

The 3 Stages Of Recovery

Deciding you want to change your life and choosing to seek help for your addiction is a monumental choice – it is the biggest one you could ever make.

Once you have decided to embrace sobriety, the path to recovery can be daunting, with many hurdles. We have narrowed down the three key stages which are listed below: